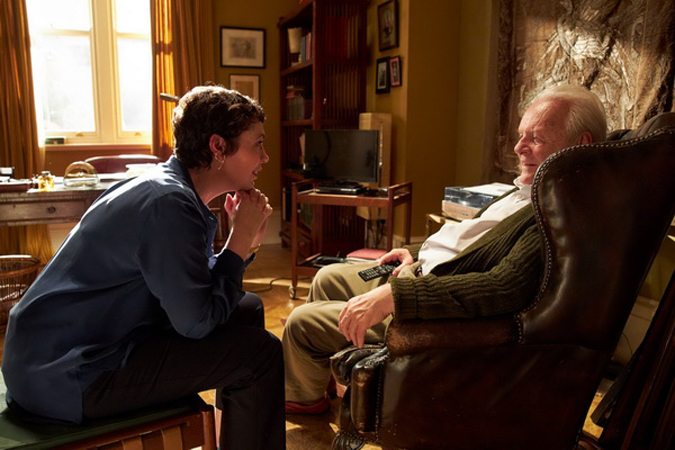 Sir Anthony Hopkins and Olivia Colman play a father who begins to doubt his mind and a daughter trying to care for him in the trailer for The Father.

The actor won an Oscar in 1991 for his role as Hannibal Lecter in The Silence Of The Lambs and was nominated last year for playing Pope Benedict in The Two Popes.

He plays the title role of an independent man who is growing older but refuses the assistance of his daughter Anne as he ages and begins to doubt his reality. The help has become essential following Anne’s decision to move to Paris with her partner, played by Rufus Sewell.

As he tries to make sense of his changing circumstances, he begins to doubt his loved ones, and the trailer shows a scene in which Rebecca Hall takes the place of Colman, and says she is his daughter.

“There is something funny going on.” The trailer also shows him hunting for things he believes have gone missing, including a watch and a painting off the wall, and it’s unclear if they really are missing or if it is in his mind. There is also a clip of Mark Gatiss, asking him: “How much longer do you intend to hang around here, ruining your daughter’s life?”