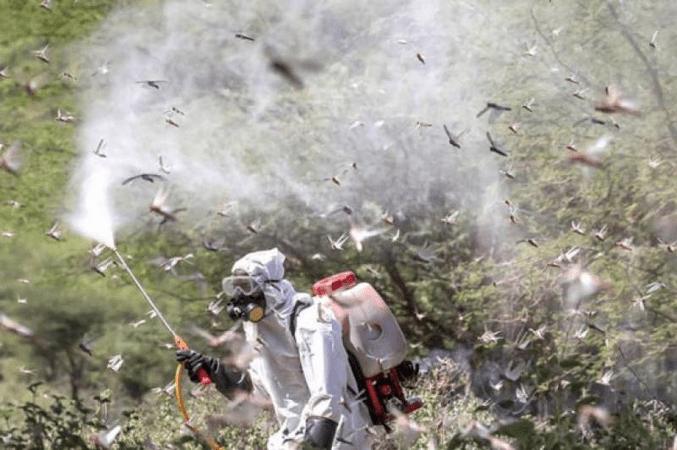 The National Locust Control Centre (NLCC) surveyed around 195,573 hectares area during the past twenty-four hours and carried out locust control operation in two districts of Balochistan and Punjab provinces. According to press statement issued here Monday by the Ministry of National Food Security and Research, no locust was found in the provinces of Khyber Pakhtunkhwa and Sindh. However, the presence of locust was observed in one district each of Balochistan and Punjab, it said adding that anti-locust operation was carried out on 380 hectares in district Lasbella and 600 hectares of Rahim Yar Khan. It is pertinent to mention here that during the past six months, the locust control operations have been carried out on 1,128,239 hectares of land across the country.