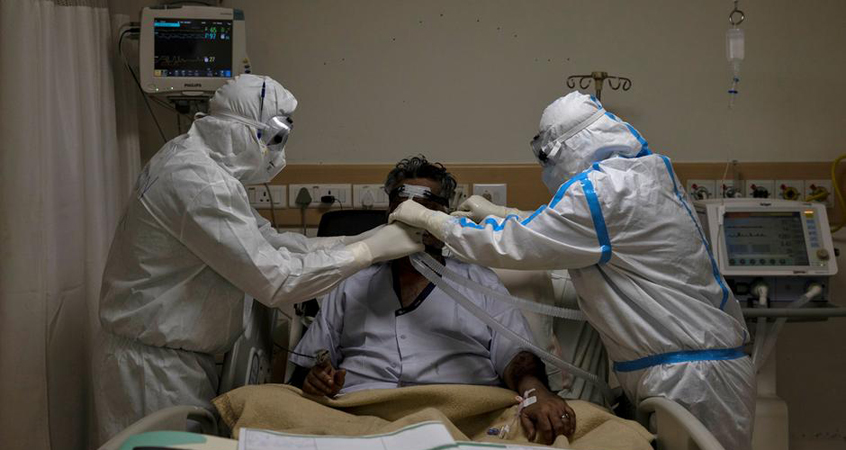 The total active Covid-19 cases in Pakistan on Sunday were recorded at 5,673 as 526 more people tested positive for the deadly virus during the last 24 hours. Six coronavirus patients, who were under treatment in hospitals, died, according to the latest update issued by the National command and Operation Centre (NCOC).

No Covid-affected person is on ventilator in Azad Jammu and Kashmir (AJK), Gilgit Baltistan (GB) and Balochistan, while 96 ventilators elsewhere in Pakistan, out of 1,912 allocated for Covid-19 patients, were occupied.

Some 31,411 tests were conducted across the country on Saturday, including 13,797 in Sindh, 9,748 in Punjab, 3,375 in Khyber Pakhtunkhwa (KP), 3,119 in Islamabad Capital Territory (ICT), 606 in Balochistan, 397 in Gilgit Baltistan (GB), and 369 in Azad Jammu and Kashmir (AJK). Around 288,536 people have recovered from the disease so far across Pakistan making it a significant count with over 90 percent recovery ratio of the affected patients.

Another 893 people have recovered from coronavirus in Pakistan, taking the country’s total recoveries to 289,429. According to the government’s database on Covid-19, 534 virus patients are in critical condition.

Sindh reported 204 new Covid-19 cases and two deaths in the past 24 hours, Chief Minister Murad Ali Shah said. The total number of cases in Sindh is now 132,084 while the death toll stands at 2,445.

New infections reached 3,636 with new deaths at 73, showed data from the health ministry’s website. That brought the total number of infections to 218,382 and deaths to 8,723.

The number of confirmed coronavirus cases in Iran rose by 2,089 to 402,029, Reuters quoted a health ministry spokeswoman as saying on state TV on Sunday, as the country reported 128 new deaths in the past 24 hours. Sima Sadat Lari said the official death toll stood at 23,157 in Iran, one of the worst-hit countries in the Middle East.

India has reported 94,372 new cases of the novel coronavirus, taking total cases past 4.7 million, as infection numbers rose in several states amid a gradual opening up of businesses. Reuters reported the number of deaths rose to 78,586, with 1,114 new deaths, according to health ministry data.

While several states showed a rise in infections, including the capital New Delhi and the central Chhattisgarh state, the highest numbers were from the India’s biggest and richest state, Maharashtra, which reported 8,204 fresh cases.