COVID beds fill up as virus pressure builds in Marseille 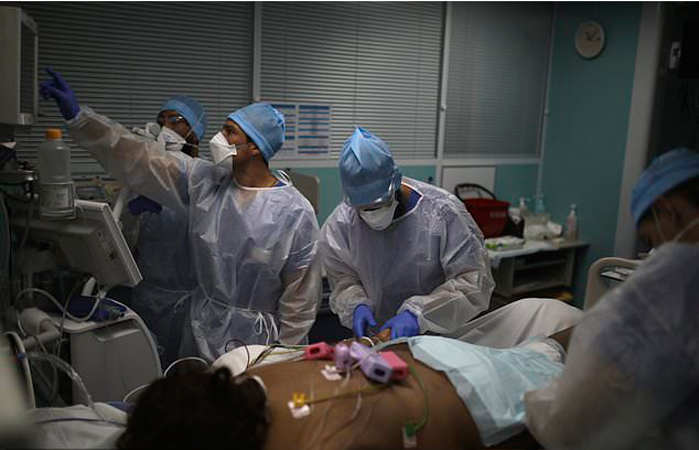 All five intensive care beds dedicated to COVID patients are in use at the Laveran Military Training Hospital in Marseille, and its doctors are bracing for more.

It´s a small ward in a mid-sized hospital, but what´s happening here reflects growing pressure on medical facilities across France as infections resurge.

“For the first time in many weeks, we are noting a substantial increase in the number of hospitalized people,” Castex said.

The Laveran hospital´s medical staff suit up to enter the COVID zone, hook patients up to monitors and tubes for hydration, nourishment and medicine, and meet frequently to discuss their prognosis.

While France´s daily case count climbed back up as summer vacations brought relaxed virus vigilance, the number of infected patients in hospitals and intensive care units stayed low and stable for several weeks. Until now.

Doctors in Marseille – the country´s latest virus hotspot – started sounding the alarm this week. The 70 ICU beds dedicated to virus patients in France´s second-biggest city and the surrounding Bouches-du-Rhone region were all occupied by Tuesday. The number of ICU virus patients in the region has doubled in the past 10 days and now surpasses 100.

“The beginning of summer was relatively calm but in the past few weeks there is a new rise,” said Laveran´s chief doctor, Pierre-Yves. He can only be identified by his first name according to military policy. “What is going on here is just like what is going on in other hospitals of the region.”

“In March, April and May we were able to absorb the epidemic wave by abandoning other hospital care activities, and today what is at stake is being able to continue treating every other patient while being able to face the epidemic,” Pierre-Yves told The Associated Press on Thursday, describing it as a battle on two fronts.

On the whole, French authorities say they´re better-prepared this time than in March, when infections quickly skyrocketed and the military intervened to transport patients and build France´s first-ever peacetime field hospital. At least 30,800 people with the virus have died in hospitals or nursing homes in France, among the highest death tolls in the world.

At the Laveran hospital, the doctors and nurses appeared calm and studied as they approached the now-full COVID ward. They ditched their surgical masks for higher-protection masks, tied on plastic headgear and slid into disposable plastic gowns.