The Thai protest leader who emerged with a kiss 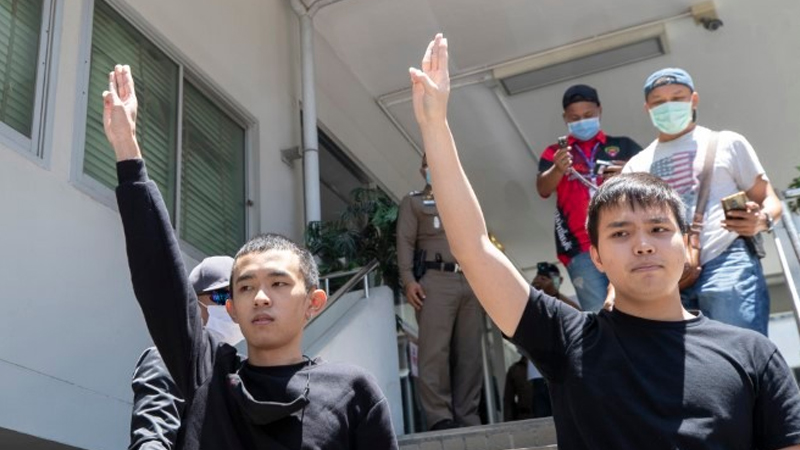 It was with a kiss that student activist Tattep Ruangprapaikitseree first took centre stage in Thai politics. His embrace with his boyfriend at parliament as they campaigned for gay marriage rights last December shocked conservatives and stirred a social media storm.

Nine months on, the changes he now demands for Thailand are even more fundamental for the protest movement challenging an establishment long dominated by the army and the palace.

Since mid-July, protesters have been calling for the departure of Prime Minister Prayuth Chan-ocha, a former coup leader. They want a new constitution, fresh elections and an end to the harassment of activists.

Although there is no overall leader of the fragmented movement – and activists say they want to keep it that way – a July 18 protest by Tattep’s Free Youth Movement unexpectedly drew some 2,500 people and helped to build momentum for almost daily demonstrations since. “At that time, there was no one leading the protest, so I decided to do it,” said Tattep, also known by the nickname Ford.

The government was not opposed to demonstrations, spokesperson Anucha Burapachaisri said.

“Youths can express their thoughts as long as it is under the rule of law. I want them to avoid sensitive issues because it can create conflicts among people,” he said.

The Palace did not respond to requests for comment.

Tattep grew up in the heart of Bangkok. His father works as a delivery driver for a mobile phone app. When Tattep’s mother died six years ago, they moved into one room in a shared house while he completed his studies.

“I support him because the movement is for the country: it’s not only about him,” said his father, Somrak Ruangprapaikitseree.

But his father worries the protests could turn violent, recalling the decade of bloody street turmoil before Prayuth’s 2014 coup.

While Tattep had initially hoped to be a pharmacist, he switched to political science and graduated from Bangkok’s Chulalongkorn University this year.

He and boyfriend Panumas Singprom met on Tinder and realised they had been going to the same political meetings.

“We don’t want to grow old and have our kids ask us ‘When the country faced injustice what did you do?'” said Panumas, who is often by his side.

Last year’s election fuelled calls for change after Prayuth returned as prime minister in a vote his opponents said was unfair. Prayuth says the vote was fair.