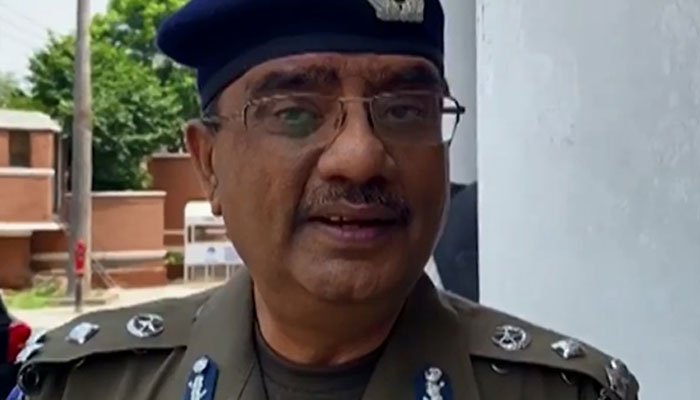 Criticising the government members for their support to the Lahore police chief after his controversial comments about the motorway gang-rape victim, the PML-N, the main opposition party, on Saturday called for his immediate removal.

The CCPO Lahore had in a TV interview blamed the motorway rape victim for leaving the home late at night and selecting the route she took that night.

Addressing a press conference here in the federal capital, Aurangzeb termed the motorway rape incident as “tragic” and demanded the CCPO Lahore be fired from his job so that “an example can be made out of him”.

“CCPO Lahore should be given as severe a punishment as will be handed out to the rapists,” she said. “CCPO sahab! That mother had her children with her, her protection was your responsibility!”

The CCPO noted that the affected family departed Defence area of Lahore after midnight and took the Motorway route instead of GT Road, that too without adequate fuel. “The woman called her brother instead of police and her brother telephoned the Motorway Police at 1:30am to send a police mobile,” the CCPO said while talking to a private news channel.

Shaikh maintained the victim should have checked the fuel in her car beforetravelling as there is no petrol station on the Motorway. “There are three villages within the five kilometre radius of the incident spot. The suspects broke the glass window of the victim’s car. Blood samples have been taken from the glass. Latest technology of rural and urban police is being used in the investigation,” he said.

The statement of the CCPO drew sharp criticism from various circles, particularly from opposition leaders, and demand for his resignation #RemoveCCPOLahore has become top trend on Twitter.

A declaration signed by over 50 officers of the Punjab police has demanded disciplinary action against the newly-appointed Lahore Capital City Police Officer (CCPO) Umar Sheikh and his immediate transfer for passing ‘insulting remarks’ against the outgoing provincial commander of the force, Shoaib Dastagir, and for ‘insubordination’.

Interestingly, all the senior police officers posted in Lahore, except a few superintendents of police (SPs), were among those seeking action against CCPO Sheikh.

They had gathered at the Central Police Office (CPO) on Tuesday to protest remarks of the CCPO against the outgoing IG police.

The unusual gathering at the CPO included senior police officers of the rank of additional inspector general (BS-21) and deputy inspectors general (DIGs), besides SSPs and SPs.

A day earlier on September 10, CCPO Umar Sheikh, while giving an interview to a local news channel said: “What surprises me is that being a mother of three (young) children and the only driver (unaccompanied by an adult male), why would she not take the GT Road that has a population around it? If nothing else, she should have checked her fuel…,”

Fatyana, calling the matter ‘very shameful’, inquired during today’s session why was the Motorway Police not deployed as this section of the road was opened for public use in March.

He said that there has been a strong reaction to the remarks made by CCPO Lahore and the official should give an explanation to the committee during the next meeting.

MNA Chaudhry Mahmood Bashir Virk said he is ashamed and pondered to which depths the nation’s society has fallen to. He added that the minimum punishment should be to cut off the hands of the accused.

Fatyana also directed the Punjab government to provide psychological counselling to the victim and her children.

“There are seven hundred and fifty laws in the country,” he said. “This is not a matter of legislation but of implementation.”

MNA Kishwar Zahra added that there was a need for drastic reforms in the police as it transgresses its authority while Nafisa Shah said that the CCPO’s statement is a humiliation of the victim and that he should be removed from office.

Fatyana said that major parties have a monopoly on reserved seats and that there is no elected women members in any of Punjab’s nine divisions.

Shah added that women MPs with reserved seats are considered inferior adding that many senior members say that women’s seats are charitable.