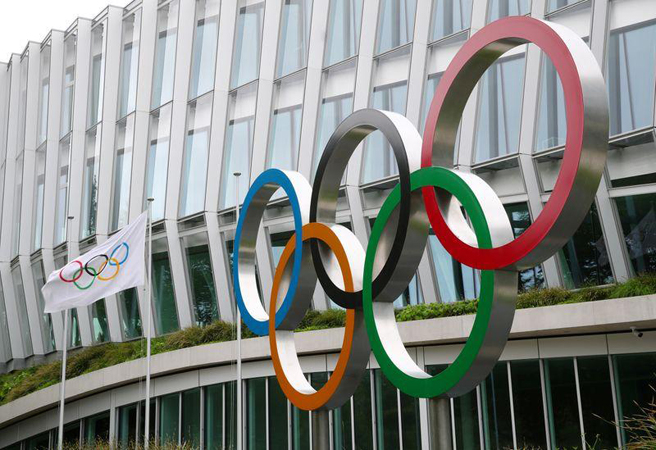 ATHENS: The Olympic Games’ cost overruns in recent decades are a result of the International Olympic Committee’s delay in undertaking deep reforms, and it is now paying the price, said the lead author of new Oxford University research. The study, “Regression to the Tail: Why the Olympics Blow Up,” claimed all Olympics since 1960 had run over their budgets at an average of 172%. The Tokyo 2020 Olympics have also gone above the initial budget with almost $13 billion already spent, according to organizers, before their costly delay by a year to 2021 due to the COVID-19 pandemic.

Many cities in recent years have been scared off by the mounting price tag of hosting the Games, and the 2022 and 2026 winter Olympics were left with only two bidders each after several cities dropped out. The 2024 and 2028 summer Olympics were directly awarded to Paris and Los Angeles before a complete overhaul of the bidding process by the IOC. “Far more in terms of reform needs to be done,” Bent Flyvbjerg, Professor and Chair of Major Programme Management at University of Oxford’s Saïd Business School told Reuters in an interview on Tuesday. “Over a period of about 25 years the IOC has not been able to be more inventive and more intelligent, because they are not paying for the event. So they are not concerned about it.” Host cities take on the financial responsibility of staging the Olympics with the IOC providing more than $1.0 billion dollars to the Games’ budget, among other contributions. Host cities are responsible for covering any losses incurred. “This is now coming back to bite the IOC,” Flyvbjerg said. “They have been slow and careless about these issues for decades.”

No contact: The IOC said it had neither seen the study nor had it been contacted by the authors. “The (Oxford University) researchers have not requested any kind of data from the IOC over the past few years, saying that they cannot rely on numbers provided by the organizers, the IOC or governments,” the IOC said in a statement. “This leads to the question of where the numbers used in the study have come from and how they have been validated.”

The IOC also questioned some of the findings, citing a study conducted by the University of Mainz and Sorbonne University that found on the operations side that organizers had broken even or made a profit at every Games in the past 20 years. “What we can see from the media reports so far is that the study takes a fundamentally flawed approach, mixing two different budgets: the budget for the organization of the Games, and the infrastructure budgets of the city, region and country.” The IOC introduced a string of reforms with its ‘Agenda 2020’ and ‘New Norm’ programs, to make the Games cheaper. “For the Olympic Games Paris 2024, this will lead to the use of competition venues of which 95% are already existing or temporary. LA 2028 will use only existing or temporary venues in four unique sports parks spread across the city, highlighting LA’s geographical diversity,” the IOC said.

Several countries have expressed an interest to host the 2032 Olympics, including India, Indonesia, Qatar, Australia and Germany. For Flyvbjerg, however, those reforms are not enough. “It is already clear that this is all too little too late. They are not bad ideas but just not effective.” His study proposed a number of measures, including reducing the seven-year preparation time, semi-permanent locations, larger cost contingencies, and getting the IOC financially tied to the event. “The owners of the concept have no interest to make it effective because they don’t care about the cost side. They define the specs but somebody else pays the bill,” Flyvbjerg said. “The IOC needs to get realistic about what the issues are and not deny them. They must embrace them and say ‘OK, there is a problem. The Games are too costly’. If you are not willing to say it then you cannot solve it.”