On 4 August 2019, a group of politicians in Srinagar issued a statement, now known as the “Gupkar Declaration”, to defend the “identity, autonomy and special status of Jammu & Kashmir against all attacks and onslaughts whatsoever”. Within 24 hours, the Government of India responded by stripping the State of this identity and status and, additionally, broke it into two parts. A year later, on August 22, 2020, the pro-India leadership in Srinagar issued “Gupkar Declaration”, stating that they “are committed to strive for the restoration of Articles 370 and 35A, the Constitution of J&K and the restoration of the State.”

The question arises that in the ensuing period Illegally Indian Occupied Kashmir (IIOK) has been shut down in a massive lockdown, its people suffered tremendously but the Kashmiri leadership took a year to issue the “Gupkar Declaration”.

The Declaration states: “The series of measures undertaken on 5th August 2019 were grossly unconstitutional.” So much for small mercies that it took a year for the indigenous Kashmiri leadership to reach this conclusion. Yet in their myopic vision, they remain oblivious to the fact that the “Gupkar Declaration” fails to mention that these measures also contravene the UN Security Council resolutions #122 and #126 adopted on January 24, 1957, and December 2, 1957, respectively. These resolutions prohibit any unilateral action targeted at changing the disputed nature of the State of Jammu and Kashmir.

Naively, some western capitals perceive the Kashmir dispute as a problem between Srinagar and New Delhi, which can be solved by improving their relations. They feel that Pakistan, the stumbling block, can be mollified easily

Veteran Kashmiri freedom fighter Ghulam Nabi Fai has pointed out that UN Security Council Resolution # 122 “reaffirms the affirmation of its resolution 91 (1951) and declares that the convening of a constituent assembly as recommended by the General council of the ‘All Jammu and Kashmir National Conference’ and any action that assembly may have taken or might attempt to take to determine the future shape and affiliation of the entire State or any part thereof, or any action by the parties concerned in support of any such action by the assembly, would not constitute a disposition of the State in accordance with the above principle.”

The eloquent Kashmiri leader observes that leaving aside linguistic and strategic maneuvering, the “Gupkar Declaration” leads to one conclusion: that autonomy is the only option. But the present situation in Kashmir has also made it abundantly clear that the autonomy is unjust, untenable and not acceptable to the people of Kashmir. Aazadi, the only catch phrase of resistance on the streets of Kashmir, does not mean autonomy but right to self-determination.

The Kashmiri veterans believe that some well-wishers of Kashmir may have endorsed the “Gupkar Declaration” out of ignorance to the fact that the belated declaration disregards the Kashmiri’s inalienable right to self-determination. There is also apprehension that owing to external pressures, Pakistan may be constrained to dilute its stand on Kashmir.

Feeling the pulse of the Occident, Dr. Fai opines that two ideas are being discussed: firstly, turning the Line of Control (LoC) into a permanent international border and secondly, autonomy or self-governance for Kashmir within the Indian Union. The Kashmiri veterans believe that the Kashmiris had revolted in 1989 against the status quo and will never accept the status quo as a settlement.

Naively, some western capitals perceive the Kashmir dispute as a problem between Srinagar and New Delhi, which can be solved by improving their relations. They feel that Pakistan, the stumbling block, can be mollified easily. Many western capitals are debating the efficacy of the adoption of the Musharraf formula to resolve the Kashmir dispute. Dr. Fai considers the Musharraf formula to have been crafted to confuse the whole issue and, in the bargain, to throw dust in the eyes of world powers.

The erudite scholar draws the conclusion that the world powers remain oblivious to the fact that ‘Restoration of Article 370,’ or ‘self-governance,’ or ‘Musharraf’s formula’, or ‘Autonomy’ is a clear fallacy. This would be tantamount to relying on a provision of the Indian Constitution. All Constitutions of the world are subject to amendments and Indian Constitution is no exception. If not now, in the foreseeable future, like India did on August 5, 2019, this provision can be deleted from the Constitution and the move will not even need a debate in the Indian Parliament.

The powers that be must take cognizance of the fact that Kashmiris have had the experience of a limited autonomy, which was first practiced under a personal understanding between Nehru, then the prime minister of India and Sheikh Abdullah, then the prime minister of Jammu & Kashmir and later provided for by Section 370 of the Indian Constitution. It was eroded and eventually whittled away by the forces of circumstances.

This leads us to the conclusion that there is only one solution to the Kashmir imbroglio and achieving lasting peace; executing the UN Security Council Resolutions on Kashmir and granting the people of Kashmir the right of self-determination. Disregarding the wishes of the people or following the whims of New Delhi or the redundant Kashmiri leaders will only lead to more bloodshed. 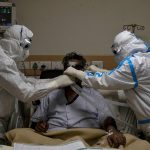