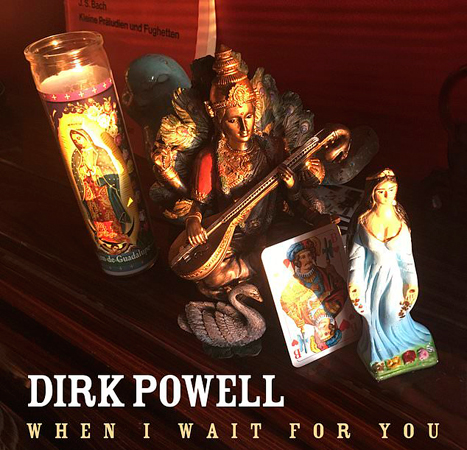 Because Dirk Powell loves traditional music, and honors it on this fine album, his pledge to banish one category of front-porch favorites from his repertoire is especially powerful. On the ballad “I Ain’t Playing Pretty Polly,” Powell swears off performing tunes about violence against women. The men in such oldies as “Knoxville Girl” and “Rosalie McFall” “don’t deserve their stories told,” Powell sings, pairing a timely #MeToo sentiment with his timeless sound. Powell is a Louisiana-based singer-songwriter and multi-instrumentalist, and his new album, “When I Wait for You,” draws on Cajun and Celtic roots, and more. There are rustic echoes of The Band, whose eponymous album came out the year Powell was born, and his singing recalls both Levon Helm and Richard Manuel. Other cuts sound like bonus material from Harry Smith’s 1950s folk anthology, but remarkably, 12 of the 13 songs are original compositions. “I Ain´t Playing Pretty Polly” ain’t the only topical tune. “Say Old Playmate,” a lament about experiencing bigotry in childhood, expertly pairs a sweet melody and sad tale. Powell also sings about the luck of the draw, tug of the road and stages of love.