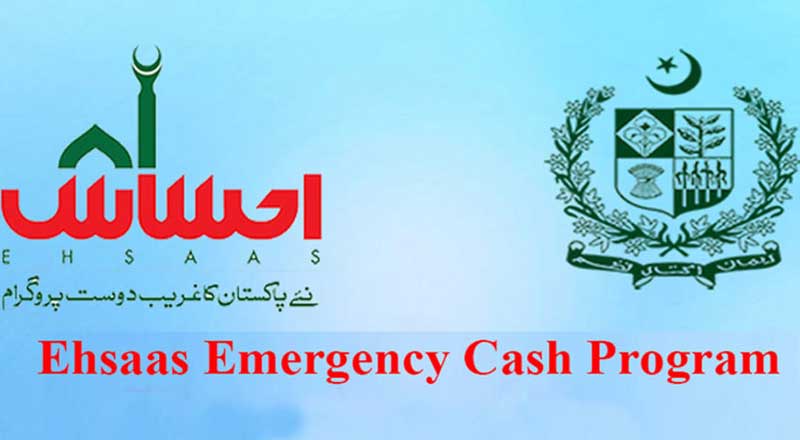 Renowned Greek philosopher Aristotle said, “Poverty is the parent of revolution and crime.”South African revolutionary leader Nelson Mandela said “Overcoming poverty is not a gesture of charity. I is the protection of a fundamental human right, the right to dignity and a decent life.

As per Asian Development Bank (ADB) statistics, a total of 24.3 percent population of Pakistan lives below the poverty line, while 3.9 percent of employed class has the purchasing capacity up to U $ 1.90.

A new report of World Economic Situation and Prospects mid-2020, which the United Nation’s Department of Economic and Social Affairs on the world economic situation has released recently shows that global economic losses amid Covid-19 would likely cause an estimated 34.3 million additional people’s fall below the extreme poverty line in 2020.

To mitigate the pandemic’s socioeconomic damages, the incumbent Pakistan Tehreek-e-Insaf government has initiated an unprecedented Ehsaas Emergency Cash programme which is the largest social-protection programme in the ruling history of the country.

Talking to APP Federation of Pakistan Chamber of Commerce and Industries (FPCCI) president Mian Anjum Nisar said that Ehsas Emergency Cash programme was a people-friendly relief initiative, adding that Pakistan Tehreek-e-Insaf (PTI) government under the dynamic leadership of prime minister Imran Khan would steer the country out of the economic gloom.

He said that it was for the first time that such a massive programme was providing relief to the destitute strata in Pakistan, in every walk of life.

Here are some salient features of the ‘Ehsaas Programme’ under which the respectable living and socio economic condition of the poor strata in the country is being improved.

Prime Minister Imran Khan on January 31, 2020 launched the innovative new Kafalat Programme, which is providing PKR 2,000 monthly cash payments to 7 million of the poorest women in the country.

Similarly, under Ehsaas Tahafuz programme’ , the government had announced that nearly 5.7 million women would be given savings accounts and mobile phones to make them able to access their bank accounts.

Another document of the ‘Programme’ revealed that a “movement” for children who are forced to work under bonded labour, would be started and daily wage workers would also be facilitated through the Tahafuz programme.

Under this programme, Bait-ul-Maal would be funded to build homes for 10,000 orphan children in the next four years, and to address the nutrition problems of minors “;multi-sectoral nutrition coordination body” has also been constituted.

“This will be the most transparent way to give them their money,” the Prime Minister Imran Khan had said during the launch of this programme, adding that the cash transfers to the women would be increased from Rs5,000 to Rs5,500.

A new identification Ehsaas Kafaalat ‘card’ has also been issued which is bearing only the picture of founder of Pakistan Quaid-e-Azam Muhammad Ali Jinnah.

In this connection the provision in its current form (Ehsaas Programme) is only a policy recommendation, the premier had noted, saying that the government would shortly bring an amendment in the Constitution to make it a “fundamental right”; so the state could guarantee five things under Article 38(D) of the Constitution, ensuring people of Pakistan with food, shelter, clothing, education and taking care of their health.

The Ehsaas Programme document reveals that under the vision of the Prime Minister Imran Khan, the money spent on underprivileged segments of society was increased to Rs120bn during 2020.

Moreover street children would be assisted through public-private partnerships as well as the transgender persons who often suffer maltreatment in the society, the sources in Ministry of Social Protection and Poverty Alleviation told APP.

They said that Bait-ul-Maal would be funded to build homes for 10,000 orphan children in the next four years.

Among other measures meant for the socio-economic uplift of the people, Rs5bn had been allocated as interest-free loans for those who were too poor to build houses, it said.

Additionally, Bait-ul-Maal will make five “Ehsaas homes” for elderly folk, which will then be extended as funding comes in.

Similarly students from remote and underdeveloped areas would be ensured with quality education and provision of internet services and mobile phones so that they can get benefit of e-learning, the ministry document reads.

According to Ehsaas document statistics, a total of Rs3bn will be provided for higher education in underdeveloped districts of the country.

Ehsaas Programme has also developed a complete agriculture policy for farmers in villages,which will soon be shared with the public.

And for the protection of labourers working in the informal sector in villages,will now be brought into the formal sector and their exploitation will be ended, Ehsaas Programme document said.

Special Assistant to Prime Minister on Poverty Alleviation, Sania Nishtar has said that Ehsaas programme was initiated soon after the lockdown began, it was delivering one-time cash grants totaling more than 1.2 billion U.S. dollars to more than 16.9 million households, covering around 109 million people, which is approximately 50 percent of the country’s total population. The marginalized families were receiving Rs12,000 to cover their immediate subsistence needs.

In her article published by China Global Television Network (CGTN) on August 20,Sania Nishtar opined that prior to the delivery of Ehsaas cash, she saw unspeakable financial condition and sufferings of the needy people from many walks of life.

“The new biometric payment system has been introduced, as the cash transfer has been increased, inflation adjusted and the safety net Kafaalat now offers digital and financial inclusion opportunities since women will have bank accounts and better access to mobile phones,”Dr.Sania Nishtar added.