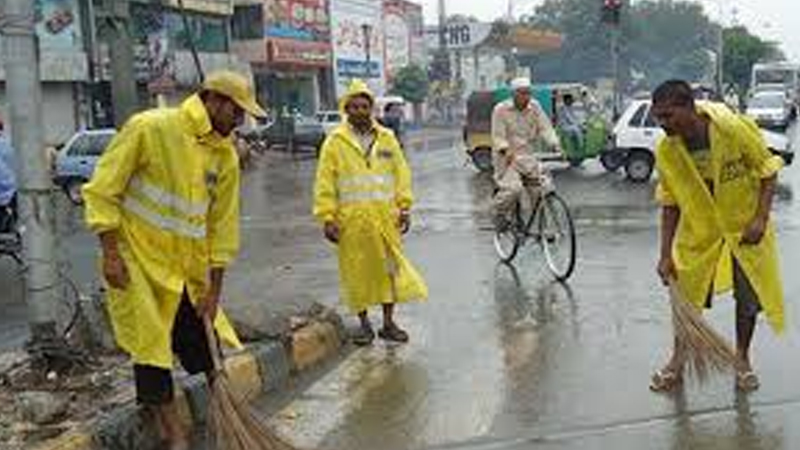 According to the vision of Chief Minister Punjab, Lahore Waste Management Company continues to engage and mobilize public to raise awareness regarding maintaining cleanliness on their part. In this Context, LWMC carried out special cleanliness awareness drive outside Lahore Press Club where people were mobilized about the importance and their responsibility to maintain cleanliness in the city. Renowned artists of Pakistan Irfan Khoosat, Iftikhar Thakur, Masood Akhtar along with CEO LWMC, LWMC Officials, Turkish contractors, LWMC mechanized social mobilizers participated in the event. Awareness camps were also installed outside the press club where LWMC social mobilizers distributed cleanliness awareness literature among citizens followed by the awareness walk. The whole activity was focused to engage maximum number of people so that they can shoulder their basic civic responsibility by maintaining cleanliness. Renowned artists appreciated the LWMC efforts in maintaining cleanliness in the city. They said that it is not just the duty of LWMC to ensure and maintain cleanliness in the city. Citizens should also cooperate with the department and keep their surroundings clean, which is our national, religious and moral responsibility.MD LWMC stated that without cooperation of public LWMC cannot maintain cleanliness in the city and public should be sensitized over “MY WASTE IS MY RESPONSIBILITY”. He added that LWMC has been working day and night to provide extra ordinary cleanliness condition for the citizens but alone department cannot achieve desired results of forming a cleaner & healthier society.