The History of Rome by Mike Duncan 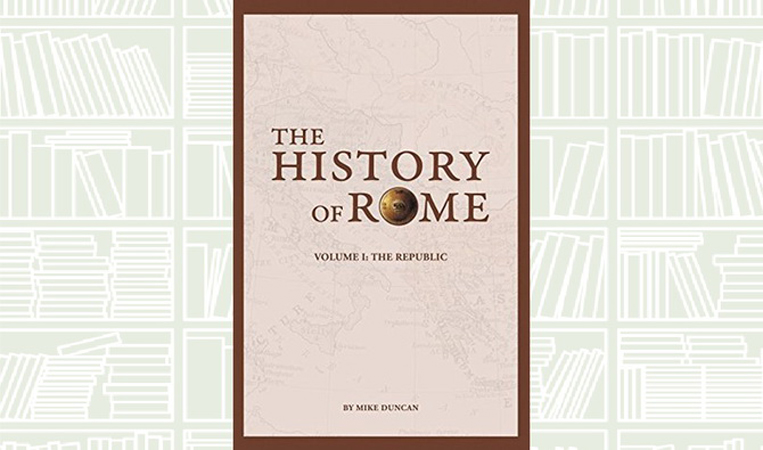 The Roman Empire stands as the greatest political achievement in the history of Western civilization. From its humble beginnings as a tiny kingdom in central Italy, Rome grew to envelope the entire Mediterranean until it ruled an empire that stretched from the Atlantic to Syria and from the Sahara to Scotland. Its enduring legacy continues to define the modern world. Mike Duncan chronicled the rise, triumph, and fall of the Roman Empire in his popular podcast series “The History of Rome.” Transcripts of the show have been edited and collected here for the first time, according to a review published on goodreads.com. Covering episodes 1-46, The History of Rome Volume I opens with the founding of the Roman Kingdom and ends with the breakdown of the Roman Republic. Duncan also collaborates with illustrator Jason Novak on informative cartoons that humorously explain the historical context for current events.