At the Atelier Centre in Gaza City, dozens of children gather in rooms and a small garden to learn painting or playing musical instrument.

Established in 2012, the centre has since moved to a new location and expanded its programmes to include both drawing and music instruments. Few schools in Gaza teach both.

“I am really connected to the centre emotionally,” she said. “I have many friends here and I want to continue learning here.”

The centre, which enrols children between eight and 16, charges a small fee for the courses, taking into consideration the dire economic situation in the poverty-stricken enclave.

The number of students has been growing steadily as more parents become aware of the centre’s positive results in improving the learners’ artistic aptitude and easing their stress and trauma.

Over the past six years, Israel and the Hamas movement, which rules Gaza, have been engaged in three major wars that claimed the lives of thousands of Palestinians and Israelis, including hundreds of children.

An ongoing blockade on the enclave has pushed Gaza deeper into poverty, with jobless rate hitting 42.7 percent, according to official figures.

And Atelier Centre seeks to move the children’s attention away from the dire political and economic situation gripping the Gaza Strip, in addition to tapping their artistic talent.

“Gaza is full of artistic talents that really need improvement and education,” Rasha Abu Zayed, founder of the centre, told reporters. “We want to make an artistic boom in Gaza through our centre.”

“Our idea is not only improving the talent of the children, but also creating a new environment that would push the children forward to learn in a way similar to those in Europe and other modern countries,” said Abu Zayed, herself a professional visual artist.

She believes that art centres like hers play a vital role in protecting the society from collapse and particularly in ensuring that children are able to recover from the conflicts’ brutal psychological and physical impact.

For 11-year-old Maymna Jarada, the centre has become her second home where she can find safety and hope.

“My dream is to be a fashion designer,” Jarada said. “I joined the centre to learn drawing as a first step to achieve my dream.”

“I’m really doing well here as I learned much from my teachers,” she said, drawing a portrait. 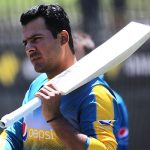