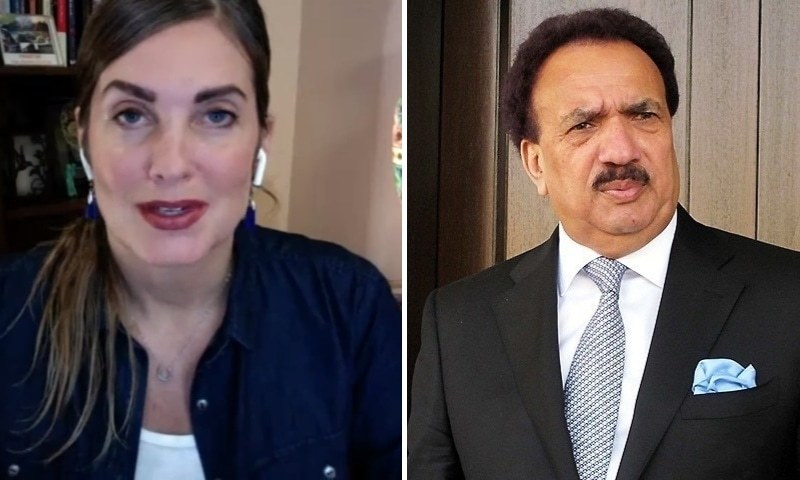 ISLAMABAD: The Interior Ministry has ordered American blogger Cynthia Ritchie to leave Pakistan within 15 days after rejecting her request for an extension in her visa, reported local news channel on Wednesday.

She has been given 15 days to leave Pakistan.

The MoI -under pressure best known to them- has for the first time, in my over 10+ years in Pakistan, rejected my Visa application. No reason has been given. We have a right to file an appeal & will do so. A higher forum must entertain my application & upon merits grant visa.

The IHC had also urged the ministry to decide upon Ritchie’s stay in Pakistan and the extension of her visa.

In an earlier hearing, the court was told that her visa had expired on August 31.

The Interior Ministry submitted a written report before the Islamabad High Court on a petition moved by a lawyer belonged to PPP seeking directives for it to deport the American blogger.

On July 17, the Interior Ministry had told Islamabad High Court that US blogger Cynthia D. Ritchie was not involved in any anti-state or illegal activities and can legally stay in Pakistan till August 31.

The Interior Ministry submitted written report before the Islamabad High Court on petition moved by a lawyer belonged to PPP seeking directives for it to deport the American blogger.

Cynthia D. Ritchie filed an application seeking an extension in her visa and the decision regarding the matter will be taken after August 31.

The court also directed the ministry to share the report with the petitioner.

The IHC had earlier sought reply from the Interior Ministry about stay of Cynthia D. Ritchie who accused PPP leaders, especially Rehman Malik of rape and sexual abuse at his official residence during PPP government in 2011.

Other than that, The notice, a copy of which is available with DailyTimes, acknowledges that Rehman Malik,  a former interior minister and senior PPP leader, met Cynthia D. Ritchie in his office in Ministry of Interior in the presence of Azam Swati’s daughter regarding a visa issue. “Any other meeting regarding your visa with [Malik] is out of the question,” it says.