After, Peace return to the erstwhile Fata, the Khyber Pakhtunkhwa governments have accelerated pace of reconstruction and development work in the newly merged areas. 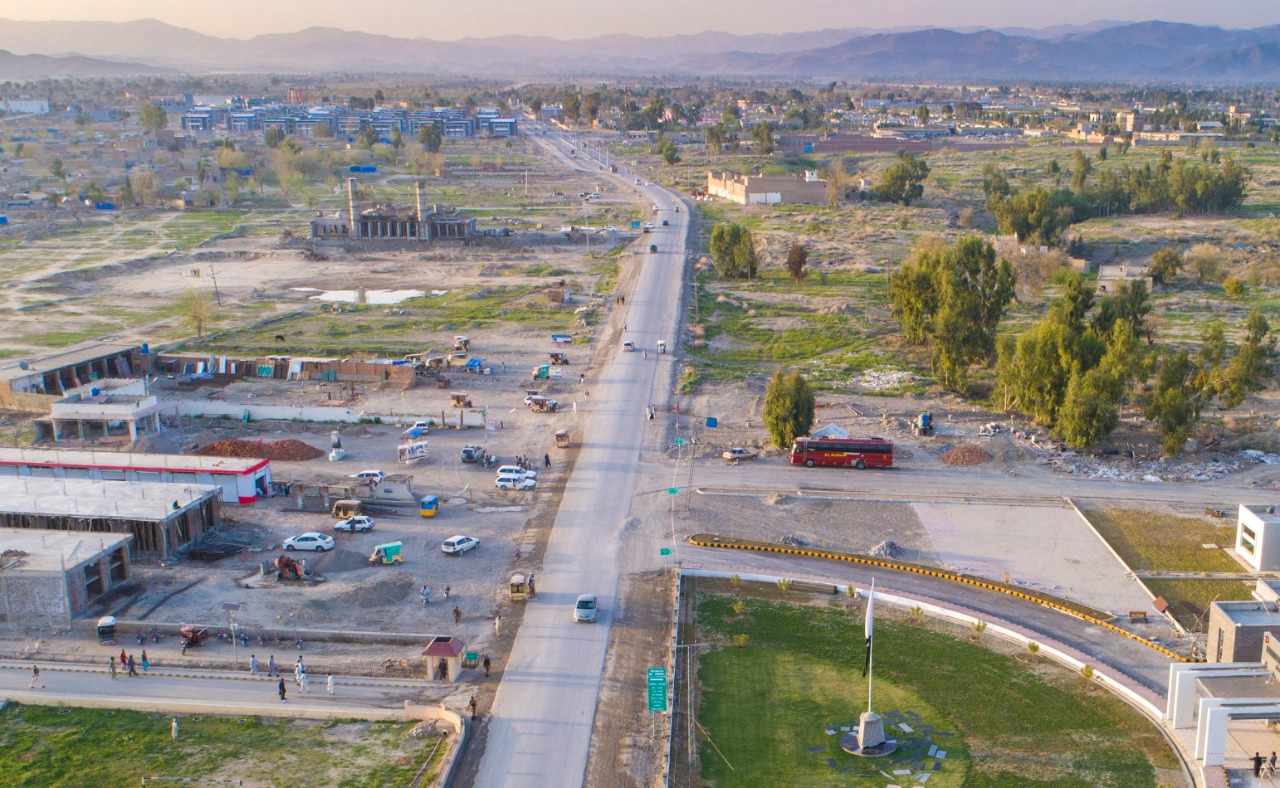 Among the other sector, the provincial government has special focus on road infrastructure and connectivity of the region with other part of the country.

A high-level meeting was held in provincial capital of Khyber Pakhtunkhwa on 27, Thursday, 2020 to reviewed progress on road infrastructure projects in tribal districts. The meeting was chaired by Mehmood Khan, Chief Minister of the province was briefed in details about the progress so far made on road infrastructure projects in newly merged districts.

The meeting was briefed that work on 58 road projects worth Rs15 billion is continuing in newly merged tribal districts of Khyber Pakhtunkhwa. While these under construction roads will have a total length of 645 kilometers which will ensure ease life and connect the war affected area with other parts of Pakistan.

The Chief Minister Mehmood Khan while chairing progress meeting said that swift development of merged tribal districts is among the top priorities of his government and that’s why provincial government are taking concrete steps for development of merged areas. He hoped that the people of tribal districts would soon notice a positive change in their lives.

The chief minster also directed the concerned authorities to ensure timely completion of all ongoing development schemes of merged districts without compromising on quality and quantity said that merged districts would be developed on equal basis and no injustice would be done to any area in terms of uplift schemes. He further elaborates that no compromise will be made on swift development of merged areas and negligence in uplift schemes will never be tolerated, Khan concluded.

The newly merged districts and tribal sub-divisions (formerly known as FATA) of Khyber Pakhtunkhwa (referred to in this report as Merged Areas) are among the most remote, least developed infrastructure areas of Pakistan. In 2008, the Government of Pakistan took offensive measures against militant activities in districts of Khyber Pakhtunkhwa, causing millions of people to flee the area and seek refuge in neighboring districts.

After significantly improved security and the Government’s continued efforts, 97 percent of displaced families have returned to their areas of origin. By mid-2020, approximately 16 888 families from North Waziristan and Khyber districts were yet to return to their homes.

The details available on government progress on internet, the federal government has announced to spend Rs1000 billion during the next 10 years including Rs100 billion per annum on development of the newly merged areas besides earmarking of Rs162 billion by the KP government for fiscal year 2019-20. The details show that under the Tribal Decade Strategy (TDS 2020-30), the federal government would spend around Rs59 billion during 2019-2020 focusing on education, health, horticulture, roads and public service delivery projects.

After the government indicative, people are happy for the rebuilding of the roads across tribal district of Khyber Pakhtunkhwa. Among like many Sarzamen Mahsud, is associate with farming sector said that it is difficult for us to transport our machinery and other agriculture inputs to fields and most important timely transportation of products to markets was also very difficult due to bad road conditions. Another local in Khyber is running their propriety business said that with the construction of the road, the property prices of the area have also gone up which has boosted the economic conditions of the area.

Recently, he Khyber Pakhtunkhwa government is considering a proposal to build a major highway to connect all seven merged tribal districts at the whopping cost of Rs70 billion. The documents available with Dawn show that the proposed high-speed 750 miles long highway will connect all merged districts from Bajaur in the north to Waziristan in the south.