The spillways of the Rawal Dam were opened on Monday as the water level surged to the red level in the reservoir. 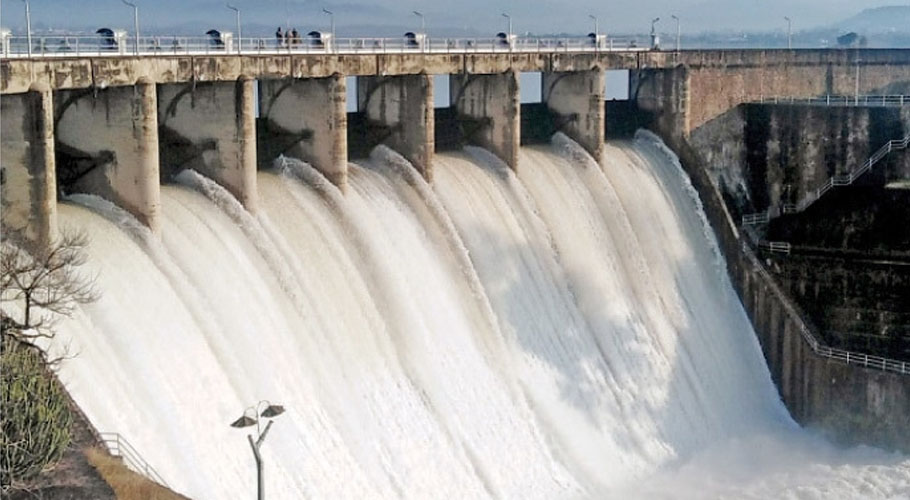 Rawal Dam authorities in a statement announced the opening of the spillways at 11:00 due to torrential rainfall in the federal capital and adjoining areas.

The Rawal Dam reservoir has a maximum capacity of 1,752 feet water conservation while the present water level was 1,751.9 feet after which it was decided to reopen the spillways. Around 6000 cusecs of water will be discharged from the lake.

Sirens were raised to warn downstream areas about the flow of the water. The dam administration said after opening the spillways, the water level at Soan river will rise and water could overflow from the banks of the stream.

They also informed that the Rawal Dam has the capacity to hold 1752ft water and the gates of the spillways will remain open till the water level comes down to 1751.40ft.

Meanwhile, the Hub Dam in the outskirts of Karachi overflowed on last Thursday evening after a spell of heavy rainfall in parts of Sindh and Balochistan.

The dam’s water level increased to its maximum capacity of 340 feet after almost thirteen years after which it overflowed to the sea while passing Mubarak Village. The dam located at the Sindh-Balochistan border is a vital source of water supply to Karachi.