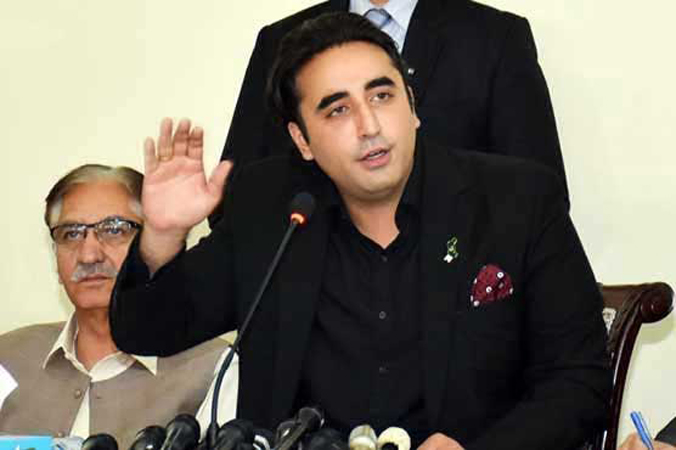 The Chairman of Pakistan People’s Party Bilawal Bhutto Zardari has expressed concern over the rain ravages in the country’s area-wise largest province Balochistan and urged the authorities concerned to launch a visible and practical relief and rehabilitation programme to save its people and restore infrastructure.

In a statement issued here, the PPP Chairman said that it was painful that damages and losses in the torrential rains in Balochistan were finding little space in the relief and rehabilitation narrative and action adding that our Baloch brothers and sisters trapped in the floods should be given the required assistance.

He said that thousands of people have been displaced due to rains and floods and they need immediate relief and relocation to safer places.

The PPP Chairman asked the PPP leaders and workers in Balochistan to extend all possible help to those affected by the rains and floods. Bilawal Bhutto Zardari also expressed grief and sorrow over the human losses in Balochistan, Khyber-Pakhtunkhwa and Punjab where dozens of people have reportedly lost their lives in rain-related incidents.

Bilawal said that all out efforts should be made to drain rain water from Larkano city and restoration of normalcy in the city besides organizing well-coordinated relief operation for the affected people.

Speaking to his Political Secretary Jameel Soomro who is busy coordinating rescue and relief operations in PPP Chairman’s constituency which includes Larkano city, he said that the worst monsoon rains have inflicted severe losses to entire Sindh including my constituency.

Bilawal Bhutto Zardari asked Jameel Soomro to personally look after the relief operation and all possible steps should be taken to mitigate the sufferings of the citizens because it was the responsibility of the Party leaders and workers to stand with affected people in these testing times.

Jameel Soomro informed the Chairman that stagnant rain water has been drained away from most parts of the Larkano city while operations are underway to clear some of the remaining Katchi Abadis. He said that most parts of Larkano city was without electricity since two days which hampered the drainage.

On the other hand, Pakistan Muslim League-Nawaz (PML-N) has sympathised with Karachiites after heavy rains wreaked havoc in the financial capital of the country.

However, PML-N that intends to keep hopes of an opposition alliance intact especially given the ongoing accountability process against the Sharif family members, refrained from criticising the ruling party of the province -PPP – which has held power since the last 12 years.

Almost a week into the urban flooding of Karachi, due to the torrential rain spells clubbed with a poor drainage system that has claimed over two dozen lives, PML-N that has ruled the country thrice, on Thursday, expressed their sympathies with the residents of Karachi.

PML-N President Shehbaz Sharif on his social media account wrote, “Extremely sorry at the loss of life and damage to property wrought by heavy downpours in Karachi. The federal and provincial governments should cooperate and deploy all resources to ease the sufferings of the people. My heartfelt condolences to the bereaved families and may Allah keep you all safe!”

An hour after this post, Maryam Nawaz, considered as the de facto party president also took to twitter, “The unprecedented rainfall in Karachi has disrupted life in the economic hub of Pakistan. My thoughts and prayers for the people of Karachi along with everyone who is in line of duty helping our brothers and sisters. May Allah protect you Karachi. My heart goes out to you.”

Nonetheless, both party leaders strangely abstained from even mentioning Pakistan People’s Party in their posts -which was widely being criticised for its poor governance.

Particularly, social media was awash with criticism against the poor governance of the ruling party – PPP – and its chairman Bilawal Bhutto Zardari.

This is not the first time PML-N leaders have abstained from commenting about the miseries of the people living in Sindh.

Party Spokesperson Marriyum Aurangzeb while talking to The Express Tribune said that it was a natural disaster that has befallen the people of Karachi.

She added that the tweet of both PML-N leaders was about the miseries faced by the people of Karachi.

Aurangzeb said that it was purely to show solidarity with Karachiites. She vocalised that it was a wrong impression that PML-N was abstaining from criticising any party for its bad governance.