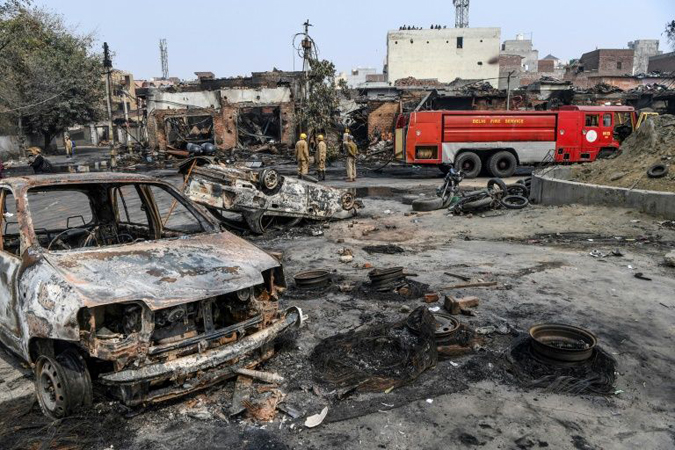 Delhi police are guilty of “grave human rights violations” during communal riots in the Indian capital earlier this year, and were even “active participants” in the violence, Amnesty International alleged Friday. The worst unrest in years between India’s majority Hindus and minority Muslims killed around 50 people, most of them Muslims, over several days of running battles in the city’s northeast in February. A field investigation by Amnesty “has documented a disturbing pattern of grave human rights violations committed by the Delhi police during the riots”, the rights group said in a statement. “These violations include police officers indulging in violence with the rioters; torturing in custody; using excessive force on protesters; dismantling sites of peaceful protests and; being mute bystanders as rioters wreaked havoc,” Amnesty said. The group said it spoke to 50 riots survivors, eyewitnesses, lawyers, doctors, human rights activists and retired police officers. It also analysed several user-generated videos. One such video showed officers “kicking and hitting a group of five wounded men… poking them with rifles and asking them to sing the Indian National Anthem,” Amnesty said. Six months on, there has been no investigation into the role of the police in the unrest, it added.