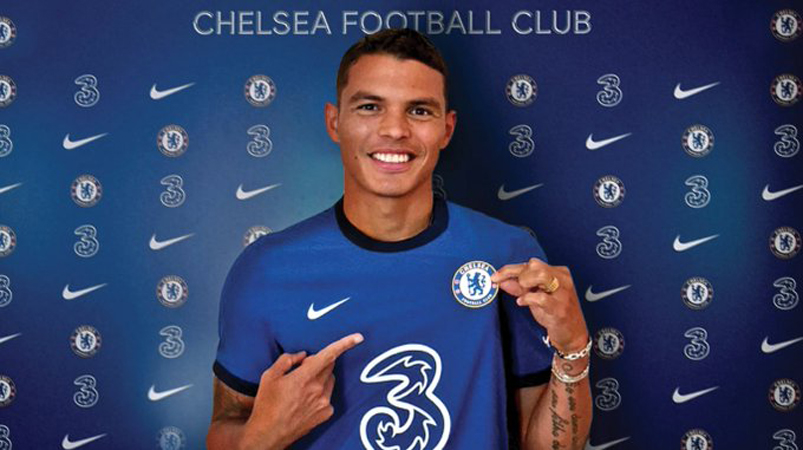 LONDON: Chelsea have bolstered their defence by bringing in Thiago Silva, with the former Paris St Germain centre back signing a one-year contract plus an option of a further 12 months, the English Premier League club announced on Friday. The 35-year-old Brazilian defender joins the west London club, coached by Frank Lampard, after eight seasons at PSG where he won seven Ligue 1 titles and five French Cups, making more than 300 appearances in all competitions. Silva arrives on a free transfer after leaving PSG following the club’s defeat by Bayern Munich in the Champions League final. “I am so happy to be joining Chelsea. I am delighted to be a part of Lampard’s exciting squad for next season and I’m here to challenge for honours. See you soon Chelsea fans, I look forward to playing at Stamford Bridge very soon,” he said. Silva previously spent four seasons at Italian side AC Milan, winning the Serie A title in the 2010-11 season. Capped 89 times by Brazil, he was part of the squad which won the Copa America tournament last year and the Confederations Cup in 2013. Silva is Chelsea’s fifth major signing for the new season following the arrivals of Malang Sarr, Ben Chilwell, Timo Werner and Hakim Ziyech. They have also been linked with Bayer Leverkusen attacking midfielder Kai Havertz as Lampard bids to improve his squad to challenge for the Premier League title.