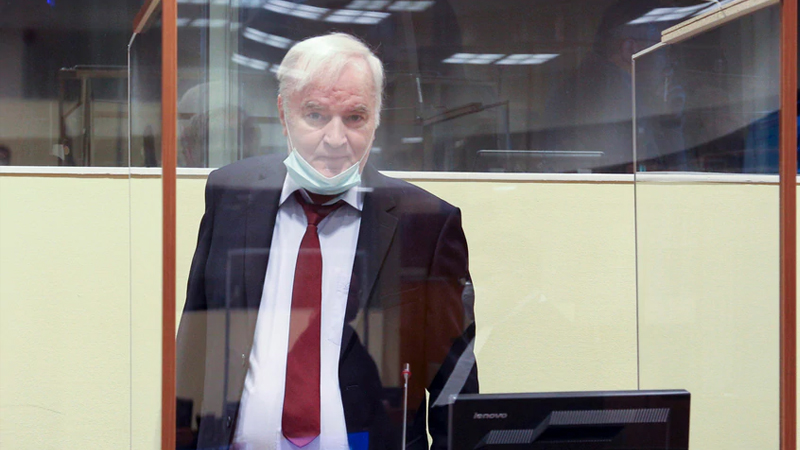 Prosecutors on Wednesday called on U.N. judges to uphold former Bosnian Serb military commander Ratko Mladic’s life sentence for war crimes, including genocide, while his lawyers are calling for an acquittal or a retrial. Mladic, 77, was the commander of Bosnian Serb forces during the 1992-95 Bosnian War and trial judges found he was responsible for overseeing the murder of more than 8,000 Muslim men and boys at Srebrenica, Bosnia in 1995. “Srebrenica was Mladic’s operation, and the trial chamber was right to conclude that he was criminally responsible for these crimes,” prosecutor Laurel Baig said on the second and final day of appeal hearings. Mladic shook his head in disagreement at times as Baig spoke. Trial judges found Mladic was responsible for “ethnic cleansing” campaigns against Bosnian Muslims and Croats, and murdering and terrorising civilians in the Bosnian capital Sarajevo during a 43-month siege, as part of a plan to forge a “Greater Serbia” out of parts of the former Yugoslavia.