Pakistan Parliamentary Committee on Kashmir Chairman Mr Shehryar Khan Afridi and former Prime Minister of Azad Jammu & Kashmir Sardar Attique Khan have expressed deep concern over reports that Rashtriya Swayamsevak Sang (RSS), a Hindu terrorist outfit, has been receiving funding from Indian diaspora based in dozens of countries from across the globe. 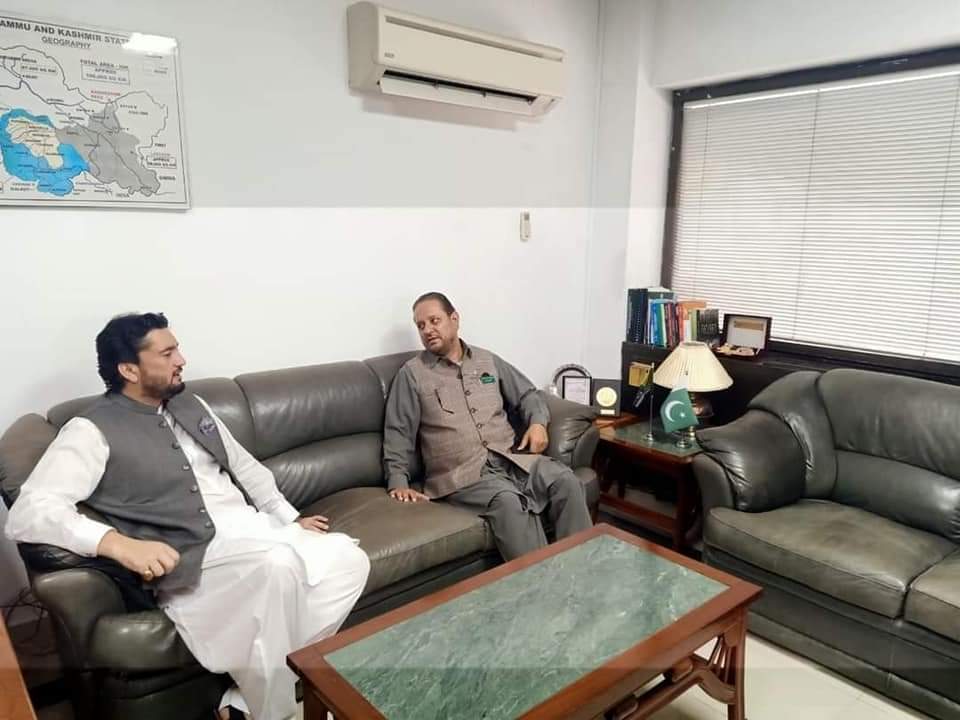 The meeting was held in the Kashmir Committee Chambers here at the National Assembly secretariat.

Both the leaders urged the United Nations, the Financial Action Task Force (FATF) and other financial institutions to take cognizance of the situation and follow it up with immediate action to block these illegal transactions as RSS has been using these funds to kill and torture religious minorities in mainland India as well Indian Illegally Occupied Jammu & Kashmir.

The two leaders said that the RSS terrorists have carried out terrorist attacks across India killing Muslims including in 2006 Malegaon blasts, Mecca Masjid bombing in Hyderabad, Samjhauta Express bombings and the Ajmer Sharif Dargah blasts.

Shocked over the silence of FATF over illegal and illicit transactions to the RSS, the two leaders said that the RSS is receiving funding from Indian diaspora based in various countries and Indian Consulates are facilitating the transfer of funding to the terrorist organization that is killing and lynching Muslims in India and Kashmir and carrying a Hindu supremacist ideology.

Meanwhile, Mr Shehryar Afridi reiterated that the people of Pakistan and its leadership are committed to the cause of Kashmir and would remain steadfast till the dispute is resolved according the aspirations of the Kashmiri people.

On the occasion, Sardar Attique felicitated Mr Afridi for taking the charge of the Committee and put his trust in the leadership of Mr Afridi. He said that Mr Afridi’s role is crucial and his job is of immense significance.

“Kashmir dispute is a very complex issue and Pakistan has to focus on narrative building to put facts before the world.”

Welcoming the recently unveiled Political Map of Pakistan and Prime Minister Imran Khan’s aggressive diplomacy on Kashmir, Mr Attique said that it can be a watershed moment in the history of Kashmiris and the world is now more sensitive towards the Kashmir issue and it is ripe time that the Pakistani and Kashmiri Diaspora spread awareness among the peoples of western world over the Kashmir dispute.

Mr Attique also asked Mr Afridi for engaging with the Kashmiri and Pakistani diaspora across the globe and said that it will play a huge role in raising awareness on the Kashmir dispute.

Mr Afridi assured complete support to the leadership of Azad Jammu and Kashmir and said that the Kashmir Committee would go an extra mile to represent the Kashmiri aspirations and make aware the world about the atrocities being committed on the hapless Kashmiris by the Indian fascist forces in IIOJK.