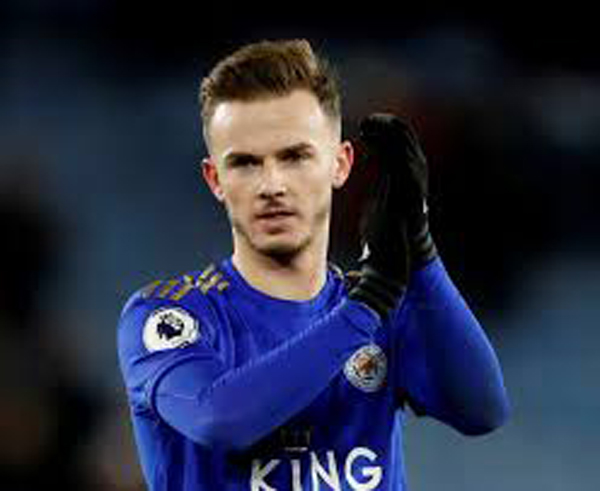 LONDON: Leicester City midfielder James Maddison has signed a new contract to extend his stay at the King Power Stadium until at least 2024, the Premier League club said on Monday. The 23-year-old playmaker has made a huge impression since joining Leicester from Norwich City in 2018, scoring 16 goals in 76 appearances across all competitions. England international Maddison was heavily linked with a move to Manchester United by the British media but he has committed his long-term future to Brendan Rodgers’ Leicester, who finished fifth in the Premier League last season. “It’s an incredibly exciting time to be a Leicester City player with so many positive things happening on and off the pitch and I’m delighted to be part of that,” Maddison told the club’s website. “What we’ve achieved as a club this season is a huge step forward for us and I know there’s so much more to come from this team. “The supporters have been incredible to me and we’ve a fantastic set of players in that dressing room who are determined to show what we’re capable of doing together in both Europe and the Premier League next season.” Leicester fell out of the Champions League places on the final day of the Premier League season and will be playing Europa League football in 2020-21.