12 days for assault: Fury at weak penalties for attacks on women 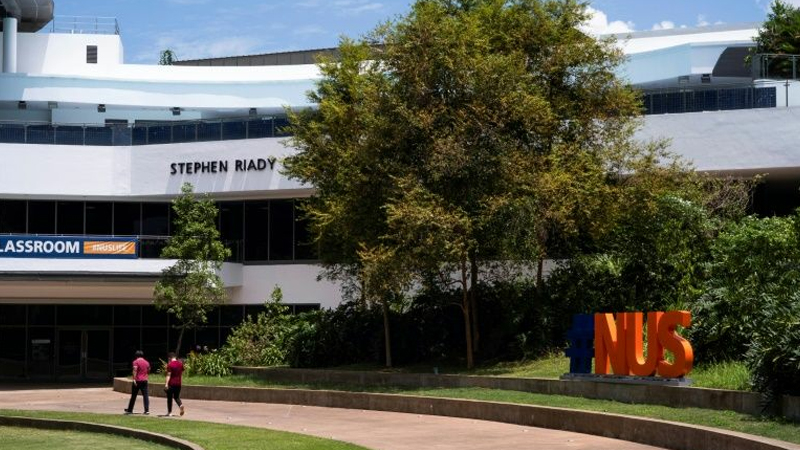 Sexual harassment and assaults against women are not being taken seriously enough in Singapore, activists warn, after students at elite universities were given punishments criticised as too lenient for their crimes.

In the most recent incident, a 23-year-old spent just 12 days behind bars after he tried to strangle his ex-girlfriend during a vicious assault.

The city-state is known for its tough approach to law and order, with vandalism punishable by caning, while drug trafficking and murder carry the death penalty.

But campaigners say crimes against women have long been minimalised — marital rape was only criminalised this year.

“The justice system is very harsh on people who vandalise state-owned property. But you want to threaten and violate a woman’s life? Oh yeah, sure. It’s not as serious, is the message (authorities) are giving,” said Pamela Ng, a spokeswoman for the Aim For Zero campaign against sexual violence.

There are also concerns the academic potential of male perpetrators is being prioritised over the actual effect of sex crimes on women.

This echoes criticisms of incidents at prestigious schools in the US, including the six-month imprisonment of Brock Turner for three counts of sexual assault, where a judge feared a longer sentence would severely “impact” the Stanford University swimmer.

Last year, National University of Singapore (NUS) student Monica Baey took to social media to protest the light punishment given to a male student who filmed her in a dormitory shower.

Her decision to go public was dubbed the city-state’s #MeToo moment and is credited with encouraging other victims to come forward.

‘Slap on the wrists’

In July, Yin Zi Qin, a dentistry student at NUS, was jailed for less than two weeks and asked to conduct 80 hours of community service despite pleading guilty to strangling his ex-girlfriend and pressing his thumb into her eye until she lost consciousness.

The judge opted for softer “community-based sentencing” put forward by the prosecution as he was a first offender, cooperated with authorities, and voluntarily sought counselling and to apologise to the victim.

But it provoked a public backlash with some angry the privileged only get a “slap on the wrists” for serious crimes.

“I can’t believe the sentence is so light! I guess NUS students have such a bright future that they can get away with any crime,” commented Maruko Chan on a social media post about the ruling.

“Because he’s a medical student and a future doctor?… Go ahead do more of wrist slapping,” said netizen Huew Lim.

In another case, NUS student Terence Siow Kai Yuan was sentenced to 21 months of supervised probation for molesting a woman on a train and at a station.

The judge rejected the prosecution’s call for a custodial sentence saying he had a high chance of being rehabilitated given his academic record and “relatively minor” nature of his acts, according to court documents.

However, his victim told The New Paper, the attack was not “spur of the moment” and the impact on her had not been minor.

Siow was later jailed for two weeks after prosecutors appealed.

Following the July case, women’s rights group AWARE raised concerns that more consideration was being shown for the assailant than the impact on the victims.

“Rehabilitation is important but this should not depend on the educational status of the perpetrator,” AWARE executive director Corinna Lim adds.

Vanessa who runs Instagram account upand.out, which aims to empower youth, says the system must treat everyone equally.

“23-years-old = fully functioning adult. He is fully capable of higher thinking if he was accepted in one of our top university’s most competitive courses. If SG is taking a more compassionate stance for crimes now, it should be reflected in every case,” the 22-year-old, who gave only her first name, added.

There were 56 cases of sexual misconduct involving students from six Singapore universities between 2015 and 2017, according to information Education Minister Ong Ye Kung provided to Parliament last May.

Despite the growing concerns, Singapore lawyer Gloria James-Civetta cautioned that the judiciary could only operate within the “boundaries prescribed by legislators”.