Trump to dominate Republican convention in bid for campaign momentum 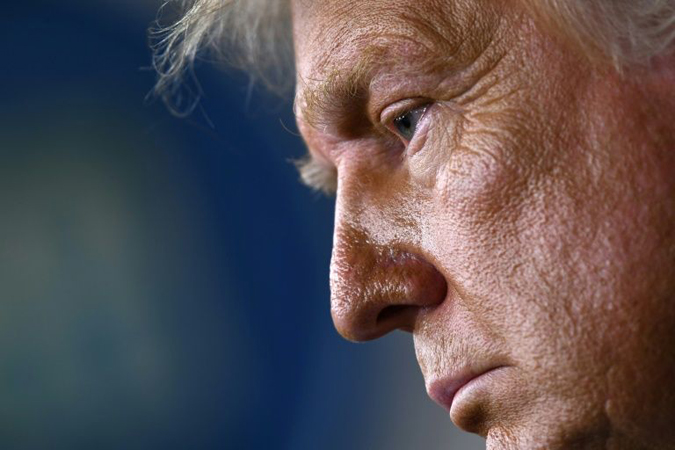 President Donald Trump will try to recover momentum in his uphill re-election struggle at this week’s Republican Party convention, telling Americans that he has answers to the coronavirus pandemic, economic turmoil and racial unrest.

Trump and his top aides strived over the weekend to put an optimistic spin on what will be a mostly online convention as he prepares to head Monday to North Carolina to formally launch the four-day event. “I think we’re going to see something that is going to be very uplifting and positive, that’s what I’d like it to be,” the president told Fox News.

He sought to draw a sharp contrast to the just-ended Democratic convention, which he has called the “darkest, angriest and gloomiest” in history.

Republicans, facing polls that give Democrat Joe Biden an eight to 10-point lead, were also hoping for a boost from Trump’s announcement Sunday of what he claimed was a “historic” breakthrough in plasma therapy against COVID-19, which has killed more than 175,000 people across the country.

Trump told reporters the therapy, which has been given emergency authorization for use, shows “an incredible rate of success.” However, this went much further than his own health officials’ cautious welcome of the treatment, in which blood plasma from recovered coronavirus patients is used to treat new cases.

Challenged by a reporter to explain the apparent contradiction, Trump passed the question to one of his experts, then ended the press conference.

The Republican convention will be Trump-centric, with each of the four days expected to feature an appearance by the president and also by at least one member of his family.

Some of the guests are clearly aimed at riling up Democrats, who spent their convention last week savaging Trump as a failed leader.

These include a Missouri couple who brandished firearms at a group of anti-racist protesters marching past their mansion in June — an image that quickly went viral.

Secretary of State Mike Pompeo is set to deliver a speech Tuesday in support of Trump during an official visit to Israel.

Such a directly political intervention by the nation’s top diplomat while abroad would be highly unusual.

The president plans to deliver his acceptance speech Thursday from the lawn of the White House, shrugging off criticism over the use of the presidential residence for campaign purposes.

Dealing with the virus

Charlotte, North Carolina is where the party originally planned to hold its convention before the pandemic intervened, forcing first a shift to Florida and then a quick reimagining of the event as mostly virtual.

A few hundred Republican supporters are slated to gather in Charlotte to hear Trump speak on Monday, but Republican chairwoman Ronna McDaniel insisted that the gathering was being handled safely.

“We tested everybody before they came to Charlotte. We have been testing people on-site,” she told NBC.

While Democrats heard from all living former Democratic presidents as well as former presidential candidates Hillary Clinton and John Kerry, former Republican president George W. Bush is not expected to appear. Bush has been a critic of Trump’s.

Help from ‘The Apprentice’

The event comes only four days after the Democrats — in a history-making all-virtual convention of their own — formally crowned former vice president Biden as the party’s presidential candidate.

Trump, whose rise from New York real estate mogul to political prominence was boosted by his reality TV show “The Apprentice,” has turned to two of the program’s producers to help with convention planning, according to reports.

The Republicans’ effort is expected to incorporate more live broadcasting — an approach holding both opportunity and risk — than the Democratic event.

Trump is expected to try to impart the best possible spin on his efforts to battle the coronavirus, but polls show most Americans trust Biden far more than him to deal with it.

The president faced further criticism over the weekend from someone uncomfortably close: his sister Maryanne Trump Barry, heard on secretly recorded tapes provided to the Washington Post describing him as cruel, a liar and a man of “no principles.”