The prevalent unhealthy living environment with unmanaged waste, noise, polluted air and water has so much become a part of our life that we have reconciled to our fate. Throwing garbage at public places and creating noise through various means do not appear to be a crime or transgression. Although it is a crime under Section 144 of the Code of Criminal Procedure and section 188 of the Pakistan Penal Code, hardly anybody gets punished. Successive governments, academic institutions and clergy have failed to create public awareness in this regard. In my view, religious leaders owe greater responsibility because Islam lays greater stress on cleanliness. “Cleanliness is next to Godliness.” We are Muslims, but not clean human beings.

Prime Minister Imran Khan, right after assuming power, had vehemently underlined the importance of clean and green Pakistan and vowed to bring our cleanliness standards on a par with Europe. It was supposed to be a peoples’ led movement which was to bring about a collective behavioural change in order to achieve a sustainable, clean, and safe environment. Happily, there has been a great deal of tree plantation, but heading towards clean Pakistan remains a distant dream. In countries like Singapore, even minors walk quite a distance to throw chocolate wrapping in a nearby dustbin because they know why it has to be done. Therefore, the children would naturally grow up in clean surroundings with clean habits. What about our children?

Hazardous waste is another big source of environmental pollution

Every year, June 5 is commemorated as World Environment Day to draw the attention of the world citizenry towards the pressing environmental problems. Walks are organized to create awareness about a clean environment. These walks are well participated and are normally led by prominent dignitaries, but do these walks produce the desired results (except publicity and projection) where common citizens would be benefitted? Instead of organizing walks, we should organize cleanliness of roads and streets. Municipal corporations and cantonment boards also organize cleanliness weeks as if the exercise is needed only in those weeks and no more.

A 2012 World Bank Report says that inadequate sanitation incurs Pakistan Rs 343.7 billion losses each year, which is 3.7 per cent of the country’s GDP. Total amount of losses caused by poor sanitation in Pakistan is seven times higher than the national education budget. According to UNICEF, over 53,000 Pakistani children die annually from diarrhea due to poor water and sanitation. A report by WaterAid published on November 23, 2017 says that Pakistan is the 7th worst country in terms of access to basic sanitation and its 42 per cent population remains without this kind of access. 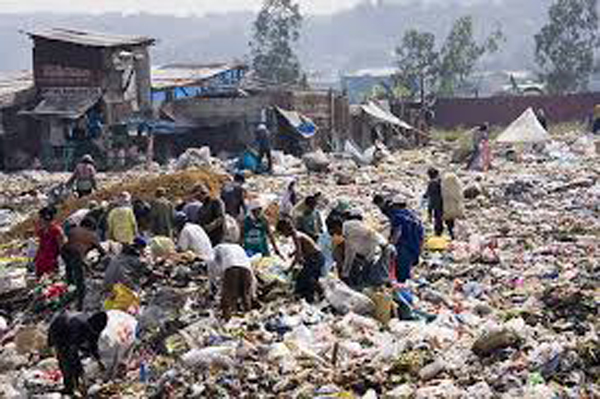 The European Environmental Agency estimates that polluted air causes almost half a million premature deaths each year in Europe alone. It decreases life expectancy by an entire year. This is what is happening in the European Union where sanitation and cleanliness standards are high and related laws are strictly implemented. What about Pakistan where there are long queues of heaps of garbage seen alongside the roads of big and small cities, and sewerage water mixes with drinking water?

Recently, news about poor cleanliness and bad sanitation conditions of Karachi hit the headlines. All the three tiers of government, instead of devising a collective strategy to clean the city, are engaged in blame game. All the entities must realize that a clean and healthy environment is a basic right of masses implied in Article 9 of the Constitution of Pakistan, which says: “No person shall be deprived of life and liberty, save in accordance with the law.” A great deal of emphasis is placed on human rights to clean water and sanitation by the United Nations (UN Resolution 64/292, July 28, 2010).

Hazardous waste is another big source of environmental pollution. Untreated industrial waste being discharged in rivers and local outlets poses a significant threat to life especially the people living in the vicinity. The United Nations have warned of new challenges to human health posed by electronics waste (e-waste) generated from computers, cell phones and other household electric appliances. According to various studies, worldwide generation of e-waste in 2016 was 44.7 million tones and during the following years it would increase by 20 per cent. If properly recycled, it can yield significant economic benefits.

The world is now moving towards electric vehicles (EVs). In the first six months of 2020, the sale of EVs was about five per cent. During the next 10 years, it would increase to 80 per cent. The scrap from batteries and engine parts would be enormous. By 2027, the EVs would leave about 250,000 tons of unprocessed waste in the UK alone. Latest estimates from the Paris based International Energy Agency indicates that the number of EVs on the roads would fall between 125-220 million by 2030. Pakistan is also foreseeing a half a million EVs plying on the roads by 2025, and till 2030 it has planned to have 30% of all vehicles running on electricity. Amid all these developments, half-hearted implementation of environmental protection laws will enhance public miseries. Some counties have already started recycling e-waste and battery scraps.

The UN Human Rights Committee has warned that environmental degradation, climate change and unsustainable development constitute some of the most serious threats to the ability of present and future generations to enjoy the right to life.

The dream of living in a clean and healthy environment will remain distant unless those responsible ensure that the standard of cleanliness, sanitation, water and noise pollution are significantly improved and maintained. A well-planned and systematic awareness campaign should be launched jointly by the media, academic and religious institutions, policy makers, civil society, sports people, traders, legislators, and writers to achieve this sacred goal. The cleanliness drive should not be limited to “a week”, but it should be a continuous activity.

The writer is a senior adviser at an institute in Islamabad