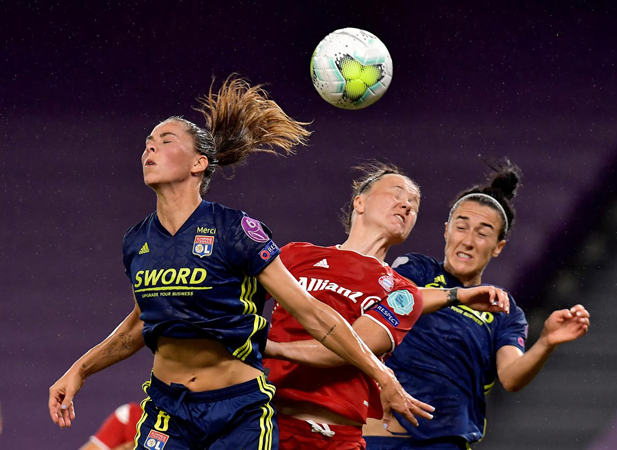 BILBAO: Holders Olympique Lyonnais edged out Bayern Munich 2-1 in their UEFA Women’s Champions League quarter-final in Bilbao on Saturday to set up an all-French clash in the semis against Paris St Germain, who beat Arsenal by the same scoreline in San Sebastian. England striker Nikita Parris put Lyon, who have won the last four Champions League titles, ahead in the 41st minute with Amel Majri adding a second goal 14 minutes into the second half and though Carolin Simon pulled one back for Bayern, Lyon held on to win. Danish forward Signe Bruun came off the bench to grab the winner for beaten 2017 finalists PSG in the 77th minute after Arsenal’s Beth Mead had cancelled out Marie-Antoinette Katoto’s first-half opener. The two French sides will meet on Wednesday in Bilbao, while Barcelona take on VfL Wolfsburg in the other semi-final in San Sebastian on Tuesday.