On September 1 1939, Hitler blew the whistle and turned loose the Dogs of War. The juggernaut which was reputed to be unstoppable, more than lived up to its expected capabilities. By end May 1940 German forces had all but completed the capture of France. The British Expeditionary Force, BEF, in France tucked tail and ran. No doubt the evacuation of the BEF by British ships was a remarkable operation but, only the British could refer to a panic-stricken retreat, as a victory, but that is the privilege of the victor; he dictates history. Dunkirk fell to the Germans on June 4.

It was in this period of the evacuation of Dunkirk that an interesting incident occurred. Churchill, PM of UK, headed a rather weakened political alliance in parliament. The Clement Attlee led [pacifist]opposition was threatening Churchill with a vote of “no confidence”, if he did not accept the Italy brokered but rather intimidating alliance being offered by Germany.

Unnerved by the pressure, Churchill decided to give in and accept the alliance. Speech in hand, Churchill set forth for Westminster to address parliament. Fortuitously, his car got caught in a traffic snarl next to a tube station. Churchill recalled a comment by the monarch, George VI when Churchill expressed his concern about his tenuous support in parliament. The monarch had advised him, “then get the people’s support, Winston. They vote you in, not parliament”.

He leapt out of the car, stumbled down the stairs and caught the tube to Westminster. Awed by his presence, his fellow passengers fell silent. But, when Churchill apprised them of his quandary, one and all, black or white, old or young, male or female they vociferously opposed accepting the alliance and expressed their willingness to accept whatever tribulations that might follow.

While all others won their promotions on battlefield performances, Ike, who was to be elevated to the highest military rank in the European theater, continued to rise on staff assignments and never commanded anything beyond a Regiment

With bolstered confidence, Churchill decided to address the people, rather than the parliament, and do so live over radio. He narrated his experience on the tube and thundered Britain’s rejection of the alliance on offer. The opposition wilted and joined the standing ovation that his speech inspired.

Thus became Britain, the sole group of islands in Europe that would continue to oppose Germany. But, everyone was fully aware that, if Europe was to have any chance, the US had to join the war, earliest possible. Nobody more so than Churchill and Franklyn Delano Roosevelt, FDR, President of USA.

FDR and Churchill were close and respected each other. And FDR knew that only the US could [perhaps] tilt the outcome in favor of the Allies. The American President is, constitutionally, the most empowered national leader in the world. He can take any decision he likes but, he can’t spend one cent, without Congressional approval. And, the American Congress had no desire to join another European war.

So FDR continued doing whatever he could to help Churchill and Britain but, stayed strictly within the letter of whatever expenses Congress sanctioned. Until the attack on Pearl Harbor. [I have, in an earlier article expressed my suspicions about FDR’s complicity, through inaction, allowing the attack to be a surprise. But, that notwithstanding.] Then US was in, Congress was more than willing, and FDR could no longer be inhibited.

Ignoring all protests and admonitions of those, like Gen Douglass Macarthur, reminding him that US interests were in and across the Pacific, and where the attack had emanated from, FDR knew his priorities and that the fate of the future world was to be decided in Europe. Japan could wait.

The following facts lend credence to my assertions on wartime and peacetime generals, in an earlier essay. Macarthur is the only well-known American Gen who held that rank before WW 11 began and held it through to the end. All others, who rose to dizzy heights won their promotion(s) by their performances in battle. In December 1941, Eisenhower, Ike, was a Colonel, and Mark Clarke, Omar Bradley, George Patton etc. were all Lieutenant Colonels; in three years they were all four star, or more.

And, ironically, while all others won their promotions on battlefield performances, Ike, who was to be elevated to the highest military rank in the European theater, continued to rise on staff assignments and never commanded anything beyond a Regiment. And Ike was the correct choice because, the position of “Commander of the Allied forces in the European Theater” demanded administrative skill and diplomacy; both of which were Ike’s forte.

To continue on an interesting aside; Ike continued to rise to the challenge to his diplomatic skills which were severely tested with great regularity, by none more than the British, and the most troublesome pair were the inveterate rivals; the American, George Patton and the British Bernard Montgomery, Monty. Patton was a man who rose to every challenge and took risks with great gusto. Monty just took no risk and plodded along only when he enjoyed overwhelming superiority.

Patton continued to ire Monty by getting ahead of him. In Sicily, Patton went round the entire perimeter of the island, inventing means to accelerate and, covering more than thrice the distance compared to Monty, he entered Messina before Monty and, adding insult to injury, received him with a band and garlands.

But, Ike’s diplomacy and this rivalry cost the Allies dearly, at the end when, for the attack across the Rhine and the race to Berlin thereafter, Omar Bradley’s forces, including Patton’s army, were placed at Monty’s disposal. In his efforts to ensure that British forces led, enough delay was caused for Russians to reach the other side and resultantly, Berlin had to be divided.

The writer is a retired brigadier. He is also former vice president and founder of the Islamabad Policy Research Institute (IPRI) 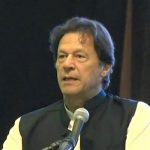 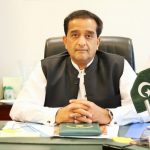