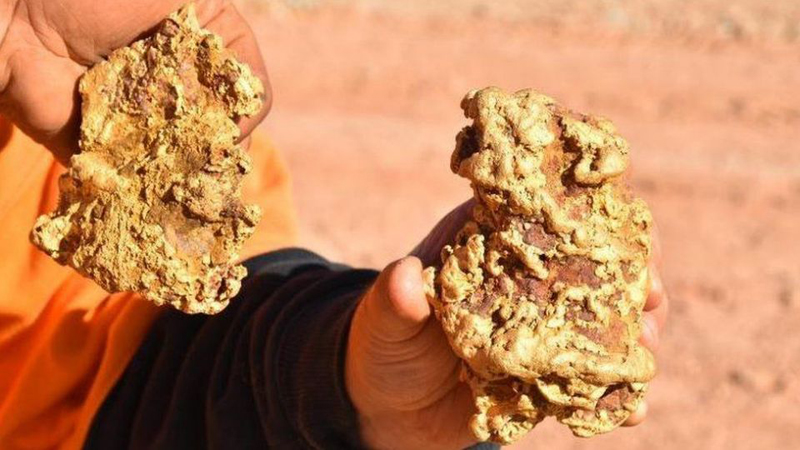 Their lucky find was shown on TV show Aussie Gold Hunters, which aired on Thursday.

The men dug up the ground and used metal detectors to detect gold in the area.

“These are definitely one of the most significant finds,” Ethan West said, according to CNN. “To have two large chunks in one day is quite amazing.”

They found the nuggets, which have a combined weight of 3.5kg (7.7lb), in a number of hours with the help of Mr West’s father, according to the Discovery Channel which airs the programme.

The show, which is also broadcast in the UK, follows teams of gold prospectors who dig in goldfields in remote parts of Australia.

“I reckoned we were in for a chance,” Mr Shannon told Australian TV show Sunrise. “It was in a bit of virgin ground, which means it’s untouched and hasn’t been mined.”

Mr West said that during four years of mining for gold, he is picked up “probably thousands” of pieces.

The Discovery Channel also said collectors could pay up to 30% more for the nuggets than their estimated value.

Gold mining in Australia began in the 1850s, and remains a significant industry in the country.

The town of Tarnagulla itself was founded during the Victoria Gold Rush and became very wealthy for a period of time when keen prospectors moved there to make their fortune, according to a local website.