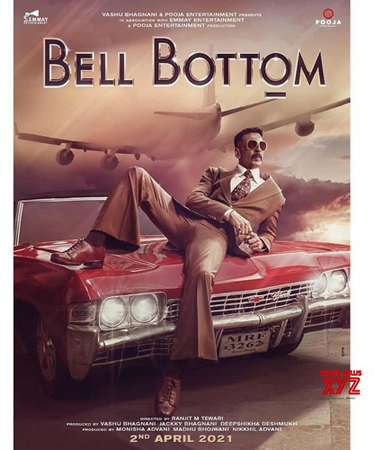 Akshay Kumar is an actor known to work on multiple films simultaneously. He was geared up for the release of Rohit Shetty’s Sooryavanshi earlier in March this year on the occasion of Gudi Padwa, but due to the lockdown that happened after the Coronavirus pandemic, the plans were postponed.

After five months of quarantine, a lot of actors from the Hindi film and television industry have resumed work, taking all the precautions in mind, and Kumar is one of them. Recently, he flew to the UK with the entire team of his upcoming film Bell Bottom to shoot the first schedule. The film also stars Lara Dutta, Vaani Kapoor, and Huma Qureshi in lead roles.

After five months of quarantine, a lot of actors from the Hindi film and television industry have resumed work, taking all the precautions in mind and Kumar is one of them

Talking about the shoot, Kumar said, “The new normal has made us realise a different way of working that none of us could have imagined. As much as I’m happy to be back on the sets, it’s also important for us to take care of everything around us. Pooja Entertainment has laid down a safety plan for our shooting schedule abroad. We hope these measures help us accomplish a smooth and safe shoot.”

And now, taking to his Twitter account, he shared a video with his fans as he kick-started the shoot with lights, camera, and mask on.

This is a period drama that’s all set to release on April 2, 2021. Apart from Bell Bottom, the actor has Sooryavanshi, Prithviraj, Bachchan Pandey, Atrangi Re, and Raksha Bandhan coming up. His horror-comedy, Laxmmi Bomb, which co-stars Kiara Advani, will directly stream on Disney Plus Hotstar. This was earlier slated to release on May 22 on the occasion of Eid.