* US report says Taliban still maintain ties with al-Qaeda
* Kabul should not allow use of soil against Pakistan: FO 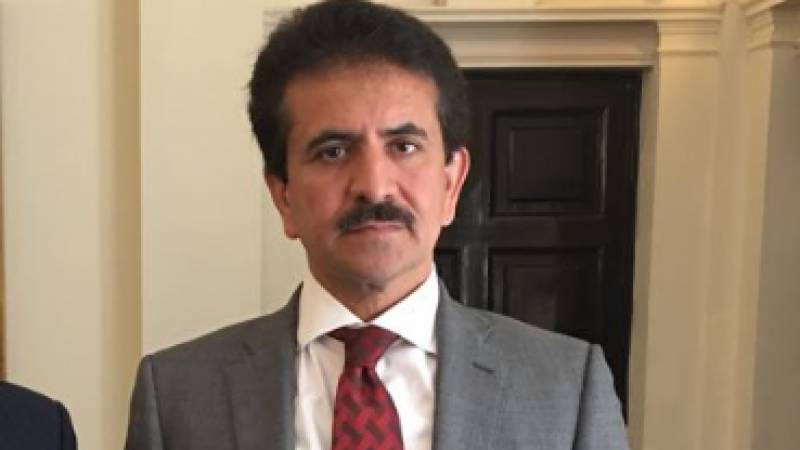 The Afghan Taliban on Thursday dismissed as “provocative” a latest US report that members of al Qaeda continued to support the Taliban in attacks.

The US State Department, Defence Department and the US agency for international development in a report says the Taliban continued a high tempo of attacks targeting the Afghan National Defense and Security Forces (ANDSF) and maintained its ties with al-Qaeda, conducting some attacks alongside members of al-Qaeda’s regional affiliate, al-Qaeda in the Indian Subcontinent.

Sean W. O’Donnell, Acting Inspector General US Department of Defense says the Taliban has not yet demonstrated that it is upholding its commitment to dissociate from terrorist organizations in Afghanistan. The United Nations Security Council and U.S. Central Command (USCENTCOM) both reported that the Taliban remained supportive of al-Qaeda, even to the point of working together to attack Afghan security forces.

The Taliban rejected the report and said they consider such remarks a campaign promoting specific and malicious objectives.

“Our Mujahideen are strong enough to combat the enemy and are not in need of support from any foreign side or organization. Such provocative reports only serve to make Afghans even more skeptical about US intentions for peace,” a Taliban statement said.

The Taliban urged the American officials, politicians and astute parties to not fall into the trap of baseless allegations and not become victims of false reports and information pushed by some warmongering circles present within the American military apparatus.

The Taliban committed itself in the Doha agreement to prevent harm to the United States and its allies from Afghan soil, the statement said, adding Taliban are committed to the aforementioned agreement and have so far implemented and will continue to honor our part of the agreement.

The report says the US is committed to withdraw “all military forces of the United States, its allies, and coalition partners, including all non-diplomatic civilian personnel, private security contractors, trainers, advisors, and supporting services personnel” from Afghanistan 14 months after signing the agreement. “If the Taliban meets its commitments, the withdrawal could be completed as early as April 2021,” according to the report.

Although there has been no progress on the release of the Taliban’s 320 prisoners, Afghan President Ashraf Ghani claimed on Thursday that all hurdles in the way for the peace process have been removed.

Taliban have refused to join the intra-Afghan negotiations until all 5,000 prisoners are freed in accordance with the US-Taliban agreement signed in February this year.

In a video message to security forces Ghani also urged the Taliban to declare a ceasefire and to join negotiations with the Afghan government.

Foreign Office spokesman Zahid Hafeez Chaudhri was responding to questions about the use of Afghan soil by the anti- Pakistan elements for terrorism in Pakistan.

To a question about the Afghanistan-Pakistan Action Plan for Peace and Solidarity, the spokesman said he does not have an exact date for the next meeting but both sides remain committed to the APAPPS process and to take it forward.

He described APAPPS as the most comprehensive official framework between Pakistan and Afghanistan, covering all areas of cooperation and all areas of mutual interest.