Buzdar orders authorities to ensure drainage of water at the earliest 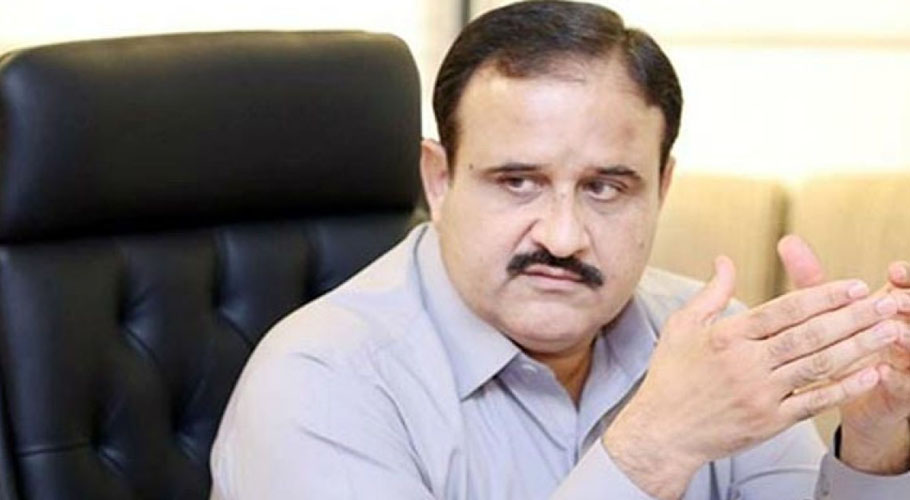 While showing indignation over the accumulation of rainwater in Lahore and other cities of the province, Chief Minister Punjab Sardar Usman Buzdar has directed to early complete the drainage of water along with submission of the report about the same.

The CM contacted WASA officials and administration from Islamabad and directed them to remain in the field. All-out resources should be utilized for drainage of rainwater and no negligence will be tolerated in this regard, he informed. The removal of water should be completed in the minimum of time by utilizing necessary machinery as any difficulty to the citizens is not tolerable, the CM added.

Similarly, the chief minister directed that smooth flow of traffic should also be ensured adding that traffic officials, WASA and representatives of the administration should remain available in the field during rain. Implementation on water drainage plan should be ensured, he directed. Why prior arrangements were not made and stagnant water was not removed for many hours as rains were expected, he inquired. He further directed that WASA should give particular attention to the removal of water from main roads as well as link roads. The concerned officials should complete the task in their supervision as stagnant water disturbs routine life. There is no room for any negligence and removal of water requires immediate action, the CM further said.

Meanwhile, the CM has expressed a deep sense of sorrow over the loss of lives in different incidents. He has condoled the death of different people including mother and children due to falling of roofs in Harbanspura area of Lahore, Faisalabad, Gojra, Mandi Bahauddin, Zafarwal and Phalia. He has also condoled the loss of lives due to an accident in a coalmine in Chakwal and extended sympathies to bereaved heirs. He has sought a report from the concerned administration and directed to provide best treatment facilities to the injured.

Chief Minister Punjab Sardar Usman Buzdar met with the Chairman Senate Muhammad Sadiq Sanjrani in his chamber at Islamabad. Matters regarding mutual interest, political situation and development projects came under discussion during the meeting. Usman Buzdar informed the Chairman Senate about the development projects as well as two years performance of Punjab government. Usman Buzdar said that PTI government wants to put Punjab on the road to progress and will remove the hurdles in this regard. He said that first-time real development has been started according to the vision “development for all areas”. He said that Punjab is extending cooperation with other provinces at every level. He further maintained that Punjab government is providing financial assistance for setting up the hospital as well as other development projects in Balochistan. Chairman Senate Sadiq Sanjrani lauded the steps being taken by Punjab government for the development and progress of backward areas and deprived segment of the society. He said that for good working relationship between federation and the provinces quality legislation is necessary. Mutual strategy should be adopted for the promotion of national integrity and public welfare.

Chief Minister Punjab Sardar Usman Buzdar has expressed a deep sense of sorrow and grief over the sad demise of senior leader of National Party Mir Hasil Khan Bizenjo. Chief Minister expressed heartfelt sympathies and condoled with the bereaved family members and said that Mir Hasil Khan Bizenjo was torchbearers of the positive traditions in politics. He said that political and social services of late Mir Hasil Khan Bizenjo will long be remembered. Usman Buzdar prayed that may Allah Almighty rest the departed soul in eternal peace and grant courage and strength to the members of bereaved family members to bear this irreparable loss with fortitude.

Chief Minister Punjab Sardar Usman Buzdar in his message on the World Senior Citizen’s Day has said that senior citizens are the asset for the whole society. Giving respect to elders is part of our social life and serving them is duty facet of Eastern tradition. He said that Holy Prophet (PBUH) has also ordered to give respect to elders as well as serving them as this help us to attain the blessings of Allah Almighty. Usman Buzdar said that he finds peace and solace in the company of elder and senior citizens. He said that we should get benefit from the experiences and observations of senior citizens. Those who respect their elders do not fail at any point of life. The Chief Minister disclosed that first time PTI government has taken practical measures for safeguarding the rights of senior citizens. He said that Bahimat Bazurg Program has been launched for senior citizens in Punjab for which Rs3 billion have been allocated. Monthly allowance will be given to the citizens above the age of 65 years.