Karachi: The weekend is finally here and so is your chance of playing one of the most exciting games PUBG MOBILE has launched. Situated within a brand new map called Library lies the opportunity for PUBG MOBILE gamers to play Team Gun Game.

One of the most fascinating elements of this game is that it will only be available from Friday to Sunday, leaving us with even more anticipation for the weekend!

Here’s an overview of everything that’s in store for us: 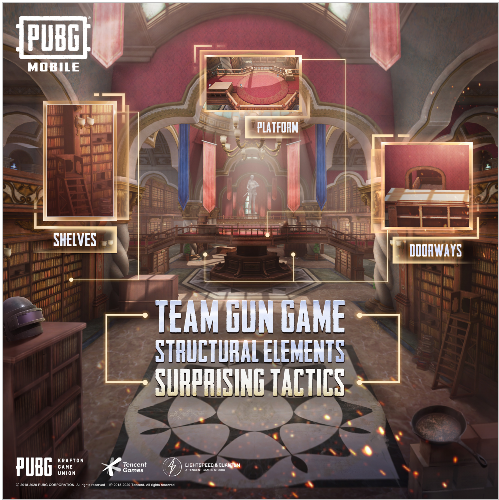 A brand new map: The new Team Gun Game is available on the all-new Library map. It is based on a new concept in which two teams fight it out on a 4×4 square shaped map. As the first-ever indoor map in PUBG Mobile, Library has a symmetrical layout with three assault routes: left, right and center. From one-of-a-kind positions on platforms, in doorways or behind bookshelves offer competitors advantages for the opportunity to place themselves strategically, giving them a chance to get some remarkable kills even as they battle with weaker weapons as the game progresses.

Task at hand: The primary objective of Team Gun Game is for a player to secure 18 kills. However, the catch here is that with every kill a player gets, their weapon changes to test a variety of their skills and weaponry. The final weapon is a pan, and the first player to secure a kill using a pan get’s to roast his chicken for dinner! 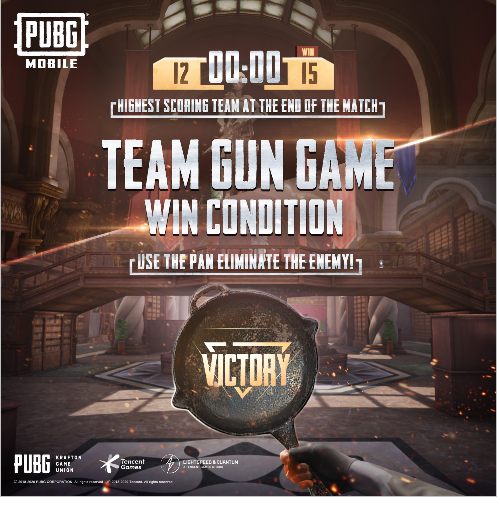 No Gun selection: With each kill a player gets, the weapon changes instantly. Players will not get to choose their weapons. Each player has to go through the same chain of weapons as they kill other players with a total of 18 different weapons. Players will start off with basic SMG guns like the UMP45, Vector, Thompson or Uzi and progress into using an array of weapons, from sniper rifles to pistols and crossbows to the final pan. This game requires a mastery on all fronts. 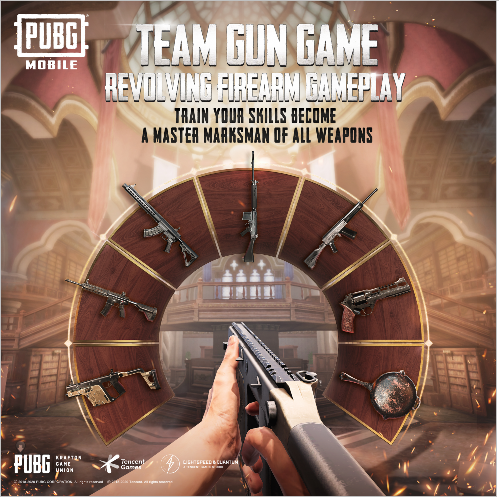 If this sounds exciting to you, make sure you make the most of Team Gun Game as soon as it gets activated, because remember it’s only here on weekends!

PUBG MOBILE is based on PLAYERUNKNOWN’S BATTLEGROUNDS, the phenomenon that took the world of interactive entertainment by storm in 2017. Up to 100 players parachute onto a remote island to battle in a winner-takes-all showdown. Players must locate and scavenge their own weapons, vehicles and supplies, and defeat every player in a visually and tactically rich battleground that forces players into a shrinking play zone.