People of IIOJK remain under an inhuman military siege, deprived of their fundamental rights for over a year: FO Spokesperson 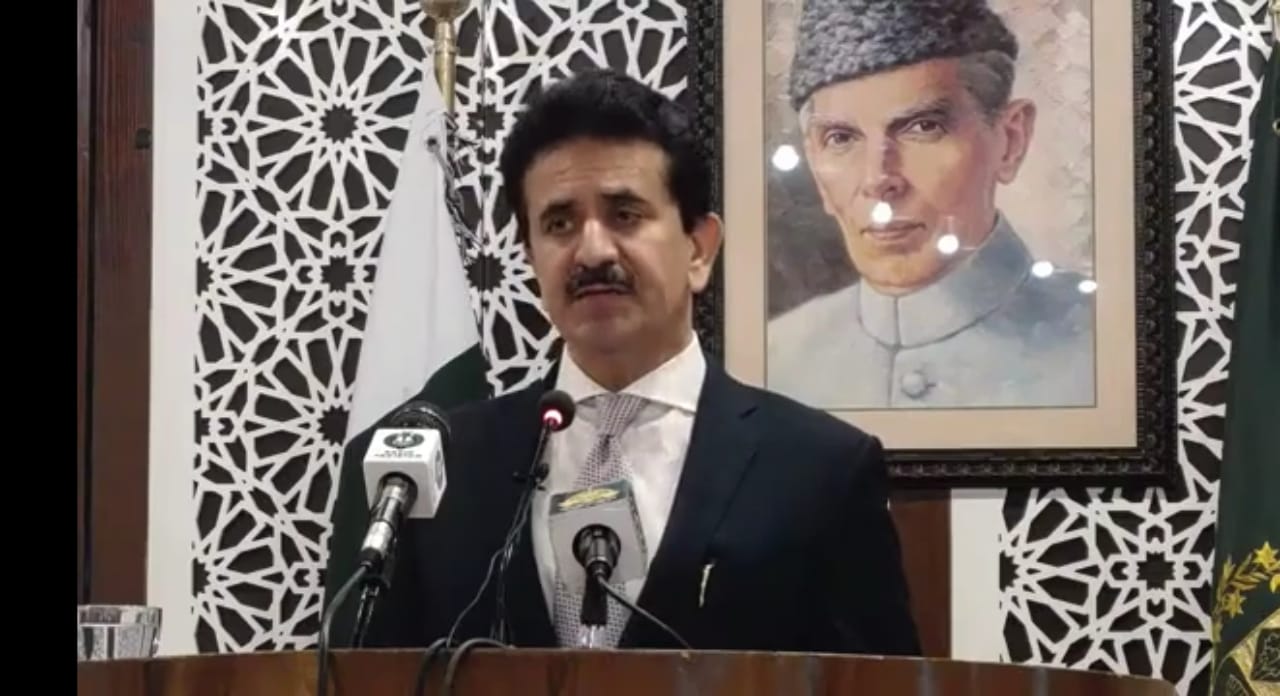 The people of IIOJK remain under an inhuman military siege, deprived of their fundamental rights for over a year.

The Indian occupation forces continue to violate every single right of the Kashmiris including their right to liberty, health, education, expression, assembly and freedom of religion.

The Indian government has turned IIOJK into the world’s largest open prison and the most militarized zone in the world.

Pakistan strongly condemns the recent extra-judicial killing of three Kashmiri laborers from Rajouri by the Indian occupation forces in a fake encounter in Shopian region of IIOJK.

Over 200 innocent Kashmiris have been martyred by the Indian occupation forces since the beginning of this year in fake encounters and so-called ‘cordon-and-search’ operations.

The killings of innocent Kashmiris and destruction of their houses is a part of BJP’s “Hindutva” agenda which is attempting to target defenceless Kashmiris with mindless violence and inflicting collective punishment to break their will.

India has not and will not succeed in its designs. The martyrdom of each Kashmiri has only strengthened their resolve for freedom from illegal Indian occupation.

Pakistan welcomes the call by the Human Rights Watch for an independent investigation into these extra judicial killings of innocent Kashmiris by Indian occupation forces.

Pakistan will continue to call for holding India accountable for its crimes against the Kashmiri people and extend its full support in their just struggle for the inalienable right to self-determination.

Over the past few days there have been two separate incidents of derogatory and blasphemous remarks against the Holy Prophet Muhammad (SAW) in India and IIOJK.

First, an incident of derogatory and blasphemous social media post took place in Indian state of Karnataka and then blasphemous remarks were posted by a Hindu extremist on social media in Indian Illegally occupied Jammu and Kashmir.

Pakistan strongly condemns these deliberate and premeditated attempts to instigate communal violence, which may be used for targeting Muslims.

Protection and patronage of the perpetrators of such acts by the Indian authorities is reprehensible.

These rising incidents of hate crime and hate speech are a direct and inescapable consequence of the RSS-BJP combine’s extremist “Hindutva” ideology.

Pakistan has been consistently sensitizing the world community about the risks of unabated attempts by Hindu extremists to target and demonize minorities in India and IIOJK.

Pakistan calls upon the Government of India to investigate these incidents and take immediate action against the perpetrators of hate crime and ensure prevention of such incidents in future.

The Indian Government is also called upon to ensure the safety, security and well-being of the Muslim community and ensure protection of their religious rights.

The two leaders discussed bilateral relations, and developments in the region with a view to promoting peace, prosperity and stability.

The Foreign Minister thanked the US Secretary of State for the United States’ participation in the UN Security Council meeting of 5 August 2020 to discuss the situation in IIOJK.