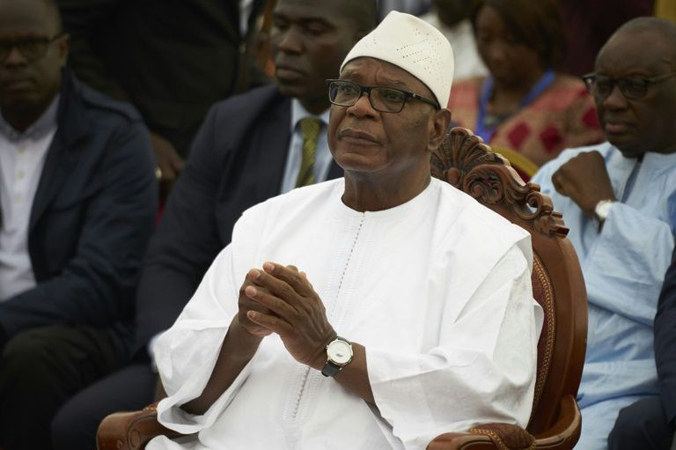 Malian President Ibrahim Boubacar Keita, who resigned Wednesday after being detained in a coup launched by mutinous troops, long relied on an uncompromising image to project command over his West African country.
But the man who won election in a landslide in 2013 and was re-elected five years later was left flailing by jihadist and inter-ethnic violence that has claimed thousands of lives and forced hundreds of thousands to flee their homes.
Snail-paced political reforms, a flagging economy, decrepit public services and schools, and a widely shared perception of government corruption also fed anti-Keita sentiment, driving tens of thousands of protesters into the streets.
The 75-year-old was until this week able to shrug off criticism from a divided opposition, partly relying on support from the international community, which has seen him as a bulwark against the jihadist threat.
But the coronavirus pandemic and the kidnapping of opposition leader Soumaila Cisse by jihadists in March made severe inroads into Keita’s standing.
The political veteran known as IBK is described variously by his entourage as generous, irascible and divisive.
The son of a civil servant, Keita was born in the southern industrial city of Koutiala, the declining heartland of cotton production.
After studying literature in Mali, Senegal and France — his great-grandfather was a French colonial soldier who died in the Battle of Verdun in World War I — Keita became an adviser for the EU’s overseas development fund before heading a development project in northern Mali.
He campaigned against general Moussa Traore, Mali’s former president ousted in 1991 by a military coup.
He then rose through the ranks under Alpha Oumar Konare, the country’s first democratically elected president.
As a socialist prime minister between 1994 and 2000, he quelled a series of crippling strikes, earning a reputation as a firm leader and helping to set up his landslide election in 2013 — when he finally ascended to the presidency after losing runs in 2002 and 2007.
He had campaigned as a unifying figure in his fractured country, belying his tough-talking reputation. Keita was re-elected in 2018, defeating Cisse. Rumours regularly surface about Keita’s health, which he has also dismissed: “It may surprise a lot of people, but I feel perfectly fine.”