* 'They were just out running errands,' an eyewitness described 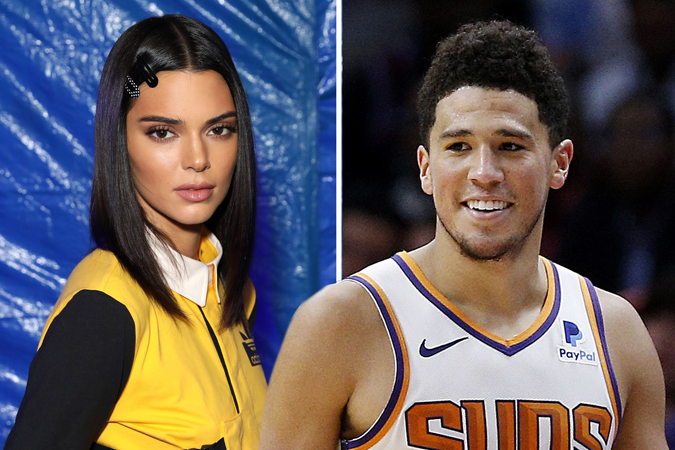 Kendall Jenner and Devin Booker are on the run-an errand run. The supermodel and NBA star’s latest outing together came on Monday, Aug. 17, when they were seen leaving a pet shop in Malibu together along with Devin’s dog Haven. The athlete held his pet’s leash as the reality star walked alongside him.

“They were just out running errands,” an eyewitness described. “It was a very casual outing, but it seems they are spending more time together for sure and getting closer.”

A second source told E! News, “She’s excited to have him out in L.A. so they can spend some in person time together. They have been staying together and hanging out in Malibu with friends and family. She definitely prefers to keep her relationships on the down low, but she likes him and she’s happy to be with him right now. For now, they are together in L.A. having fun and hanging out.”

The basketball star, who recently left the NBA bubble after the Phoenix Suns failed to make the playoffs, opted for a hoodie, shorts and sneakers for the casual outing, while Kendall sported an all-white ensemble. Both accessorized with face masks amid the coronavirus pandemic.

This marks the second time the 24-year-old catwalk pro and 23-year-old shooting guard have been seen out together in the span of three days.

On Aug. 15, the two joined Kendall’s younger sister, Kylie Jenner, for a night out at Nobu in Malibu.

Back in May, Kendall and Devin were photographed together in the model’s car in Los Angeles on Memorial Day.

A month earlier, they sparked relationship rumours when they were seen getting into his car in Arizona.

After the initial sighting surfaced, Jenner fired back after critics slammed her alleged romances with NBA stars. In response to one tweet that said, “Maybe she passing them around,” Jenner very frankly responded with, “They act like i’m not in full control of where i throw this cooch.”

However, she has since remained mum on the speculation about her and the basketball player. As for Booker, he has not commented.