No diplomatic ties with Israel until peace achieved with Palestinians: Saudi Arabia 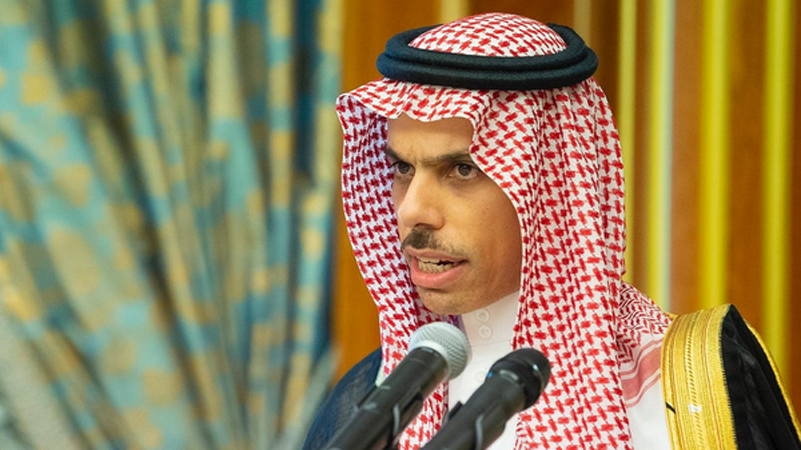 Saudi Arabia will not establish diplomatic ties with Israel until internationally recognised peace is achieved with the Palestinians, the Kingdom’s foreign minister said Wednesday, days after the United Arab Emirates (UAE) normalised relations with the Jewish state.

Saudi Foreign Minister Prince Faisal bin Farhan told reporters on a visit to Berlin that “peace must be achieved with the Palestinians” on the basis of international agreements as a condition for any normalisation of relations with Israel. “Once that is achieved all things are possible,” he said.

Saudi Arabia, the Arab world’s biggest economy, has until now maintained a conspicuous silence over the deal but local officials hinted that Riyadh was unlikely to immediately follow in the footsteps of its principle regional ally despite US pressure.

At a news conference with his German counterpart Heiko Maas, Prince Faisal reiterated criticism of Israel’s ‘unilateral policies’ of annexation and building settlements in the West Bank as ‘illegitimate’ and ‘detrimental’ to a two-state solution.

As part of the landmark deal, Israel agreed to suspend the annexation of occupied West Bank territories, although Prime Minister Benjamin Netanyahu said the plan was not off the table in the long run.

Palestinians protested the deal as a betrayal by a major player in the Arab world.

Prince Faisal noted that Saudi Arabia had sponsored 2002 Arab peace initiatives holding out the prospect of a normalisation of ties with Israel but said Riyadh now saw no road to diplomatic relations without a Palestinian peace deal.

The Kingdom’s remarks came in line with those from Pakistan after Prime Minister Imran Khan a day earlier categorically denied the country would recognise Israel, stating that Islamabad would not do so until Palestinians were given their right to a ‘just settlement’ based on the Two-Nation Theory.

In a wide-ranging interview, PM Imran had said Pakistan’s ‘stance is very clear’. “Our stance was cleared by Quaid-e-Azam Muhammad Ali Jinnah in 1947-48,” he said, “which was that we will never recognise Israel till the Palestinians do not get their rights.” He said that if Pakistan agreed to recognising Israel and gave up its principled stance then it would have to stop raising the issue of Kashmir as the situation in the disputed area was the same.

The reaction around the world to the Israel-UAE deal has been varied. Iran’s foreign ministry had said in a statement the move was an act of “strategic stupidity from Abu Dhabi and Tel Aviv, which will undoubtedly strengthen the resistance axis in the region”. “The oppressed people of Palestine and all the free nations of the world will never forgive the normalising of relations with the criminal Israeli occupation regime and the complicity in its crimes,” it had added.