Koeman in talks to leave Netherlands job and coach Barcelona 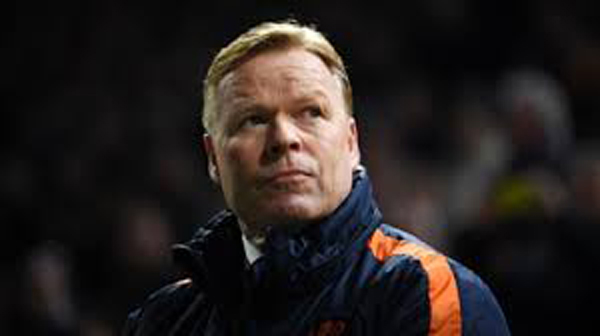 AMSTERDAM: Ronald Koeman is in talks to leave his role as Netherlands manager in order to succeed Quique Setien as coach of Barcelona, the Dutchman told reporters on Tuesday outside the national team’s headquarters. Koeman, who has coached the Dutch national side since 2018 and led them to qualify for next year’s postponed European Championships, said he wanted to coach Barca but had not yet finalised a deal. “It is only definite when my signature is on the document. Until then I cannot say anything, even if I wanted to,” Koeman said. Barca sacked Setien on Monday after only seven months in charge as the 61-year-old became the first casualty of the club’s plan to rebuild after their 8-2 thrashing by Bayern Munich in the Champions League last week. Koeman is dearly loved at Barca for his playing career in Johan Cruyff’s hugely successful side known as the ‘Dream Team’ and for scoring the goal that delivered the club’s first ever European Cup in 1992. The defender later became the club’s assistant coach before embarking on an eventful career as a head coach, managing Dutch sides Ajax Amsterdam, PSV Eindhoven and Feyenoord plus Premier League sides Southampton and Everton and La Liga’s Valencia.