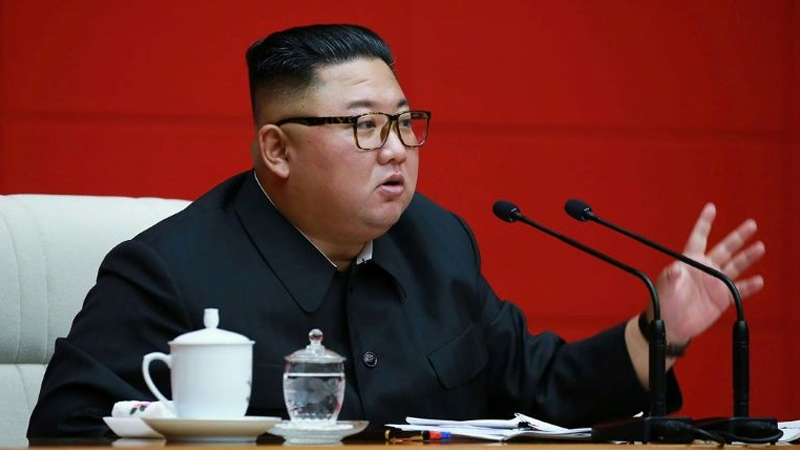 North Korea will open a high-profile political conference on Wednesday to discuss unspecified “crucial” issues as it struggles to keep afloat a sanctions-ravaged economy hit further by its anti-virus efforts and devastating flooding.

The ruling Workers´ Party elites will determine a matter of “crucial significance in developing the Korean revolution” and increasing the party´s “fighting efficiency” during Wednesday’s plenary meeting of its Central Committee, Pyongyang´s official Korean Central News Agency said Tuesday. The agency didn´t provide further details, including the agenda of the meeting.

The announcement of the meeting came as the United States and South Korea began their annual summertime military exercises, which have been scaled down this year due to the coronavirus pandemic.

Pyongyang´s official media has yet to comment on this year´s drills, which will mainly involve computer-simulated war scenarios. The North usually bristles at the allies´ combined training, which it describes as invasion rehearsals, and has recently threatened to abandon stalled nuclear talks unless Washington discards what it perceives as “hostile” policies toward Pyongyang.

The North´s ruling party officials also could discuss issues related to the economy and the party´s organizational reforms. It remains to be seen whether party leaders will address the North´s stalemated nuclear negotiations with the United States.

During the last plenary meeting of the party’s Central Committee in December, North Korean leader Kim Jong Un expressed deep frustration over the diplomacy with the Trump administration and vowed to bolster his nuclear deterrent in face of “gangster-like” US pressure. He also warned of unspecified “shocking” action and that his country will soon reveal a new “strategic weapon” to the world.

Talks between Washington and Pyongyang faltered after the collapse of Kim’s second summit with President Donald Trump in February 2019, when the Americans rejected North Korea’s demands for major sanctions relief in exchange for a partial surrender of its nuclear capabilities.

During a meeting of the party´s political bureau last week, Kim said his country faces a dual challenge of fending off COVID-19 and repairing damage from torrential rain that lashed the country in past weeks, destroying thousands of homes and nearly 100,000 acres of crops. However, Kim insisted the North will keep its borders shut and reject any outside help.

Kim also last week sacked the premier of his Cabinet following an evaluation of economic performance. The party´s political bureau also discussed setting up an unspecified new department in the Central Committee to help safeguard the “dignity and interests of the state and people,” KCNA said.