Today is the 101st Day of Afghanistan Independence. Our brothers are celebrating it with much enthusiasm and fanfare. Let us congratulate them from the bottom of our hearts. 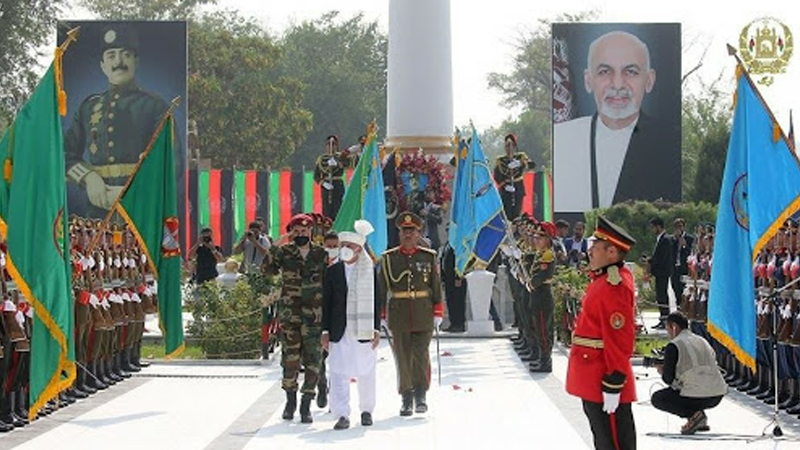 The befitting felicitations for Afghans would be wishing them success in the ongoing peace process and wishing Afghanistan to usher in an era of peace before another such day next year.

However, it did not escape from the impacts of colonialism. Courtesy to the Great Game between Russia and Britain, Afghanistan survived as a separate country, but with borders drawn by British colonialists. It was kept within the sphere of their colonial sphere of influence for almost 40 years from 1880 to 1919. So, the day that they celebrate is of freedom from the external bondage of British colonialism.

Throughout, Afghanistan remained free internally; free to establish physical infrastructure, open schools, health centres and other welfare-related centres. That they failed to do so unlike neighbouring Iran or other such countries is because of their tribal and archaic social structures, which put a brake on all such efforts.

This Day, August 19 (August 8, according to the old calendar) is also the day of putting a permanent seal on the validity of Durand Line as an international boundary. Let me go to the background. The so-called Durand Agreement of 1893, considered a permanent border by successive Afghan rulers, was never meant to be an agreement drawing a permanent boundary, rather aiming to divide the spheres of influence of British India and Amir of Afghanistan.

The Durand treaty was drawn at the insistence of Amir Abdul Rehman Khan. He had written in his autobiography that before Lord Lansdowne, he had urged previous viceroys, Lord Dufferin and Lord Rippon, to send a representative to draw a boundary between the two countries. Durand was sent to Afghanistan at the insistence of Russians who wanted the 1872-73 Gorchakov-Clarendon agreement between Russia and Britain to be put in action. He had agreed that Amur River from Zozkul in Wakhan to the confluence of Amu-Kokcha rivers or Iranian border be made the boundary of Afghanistan and the trans-border Shaghnan and Roshan districts across the Amu be vacated by Afghanistan and instead, cis-border Darwaz until then in the domain of Amir of Bokhara be occupied by it.

Afghanistan never tasted direct colonial rule. However, it did not escape from the impacts of colonialism

On November 13, 1893, two agreements were signed by Amir. He first affixed his signature on the Clarendon-Gorchakov agreement and then signed the Durand Line Agreement. The agreement was never signed under duress as peddled by Kabul. Neither was it meant for hundred years as trumpeted up by some Afghans, nor had it been a permanent border agreement. Had it been so then what the need of the 1905 Agreement was.

August 8, 1919, Rawalpindi Peace Agreement was signed after a brief war started by King Amanullah and requested to stop it by him. It earned him independence, but cost him an annual subsidy, free import of war material through India and confiscation of pending money promised to his father as a compensation for him to remain neutral in the First World War.

Intriguingly this agreement also nullified all the previous agreements between the two countries, including the Durand Agreement. This day should be celebrated by both countries as a friendship day because this agreement solved the border issue once for all as sanctified by international law.

The writer is an old hand on Afghanistan. He has spent about 20 years as a political emigre in Afghanistan along with Ajmal Khattak. He is also the author of his autobiography in Urdu, “Faraib-i-Natamaam.”