Postal slowdown sparks claims of plot to undermine US vote 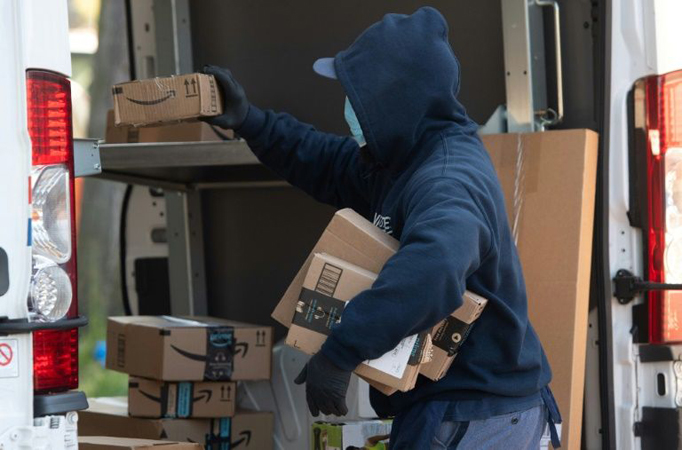 The United States Postal Service is popularly known for delivering mail despite snow, rain or heat, but it faces a new foe in President Donald Trump.

Ahead of the November 3 elections in which millions of voters are expected to cast ballots by mail due to the coronavirus, Trump has leveled an unprecedented attack at the USPS, opposing efforts to give the cash-strapped agency more money as part of a big new virus-related stimulus package, even as changes there have caused delays in mail delivery.

“They need that money in order to have the post office work so it can take all of these millions and millions of ballots,” Trump told Fox News on Thursday, adding, “But if they don’t get those… that means you can’t have universal mail-in voting.”

With some states expanding mail-in options because of the pandemic, an estimated three-quarters of Americans will be able to vote from home this fall.

Increased mail-in voting, Republican Trump said Saturday, would be a “catastrophe” — an assertion contested by many election experts.

Speaker Nancy Pelosi on Sunday said she would recall the House of Representatives from its summer recess to vote this week on an act “to save the Postal Service.”

They said that DeJoy — “a Trump mega-donor — has acted as an accomplice in the president’s campaign to cheat in the election, as he launches sweeping new operational changes that degrade delivery standards.”

“This is a crisis for American democracy,” progressive senator Bernie Sanders said on ABC’s “This Week.”

Democrats expect to use the issue to mobilize voters when the party opens its national convention on Monday — in a virtual format — with former vice president Joe Biden slated to accept the party’s nomination on Thursday. Republicans follow a week later.

Trump’s chief of staff, Mark Meadows, said the Democrats could yet obtain more postal funding if they are ready to make a deal on the stimulus package.

“If my Democrat friends are all upset about this, come back to Washington,” he told CNN’s “State of the Union.”

“Put the postal funding in there” along with aid to small businesses, he said. “We’ll pass it tomorrow.”

Trump has long been a critic of the postal service, but his latest charges come as he trails Biden in most polls.

But USPS spokesman David Partenheimer attributed changes at the agency to its poor financial state.

“We are not slowing down election mail or any other mail,” he told AFP.

“The Postal Service is in a financially unsustainable position, stemming from substantial declines in mail volume and a broken business model.”

But Congress remains deadlocked over a new stimulus bill to follow the $2.2 trillion package passed in March.

The president said candidly in April that mail-in voting “doesn’t work out well for Republicans.” He has repeatedly described such ballots as prone to fraud.

But a study this year by New York University’s Brennan Center for Justice found that “it is… more likely for an American to be struck by lightning than to commit mail voting fraud.”

The union has said overtime for postal workers was recently reduced, and 40,000 workers have had to quarantine because of COVID-19, creating delays.

As concerns mount over the USPS’s ability to handle a surge in ballots, states are working to ensure their residents’ votes count.

Pennsylvania this week asked its supreme court to push back its deadline for accepting mail-in ballots.

The Washington Post reported on Friday similar notices were sent to 45 other states and the District of Columbia.

“It’s incumbent upon Congress to act and not hide behind anything else. And that’s true of people on both sides in the major political parties,” said Dimondstein.