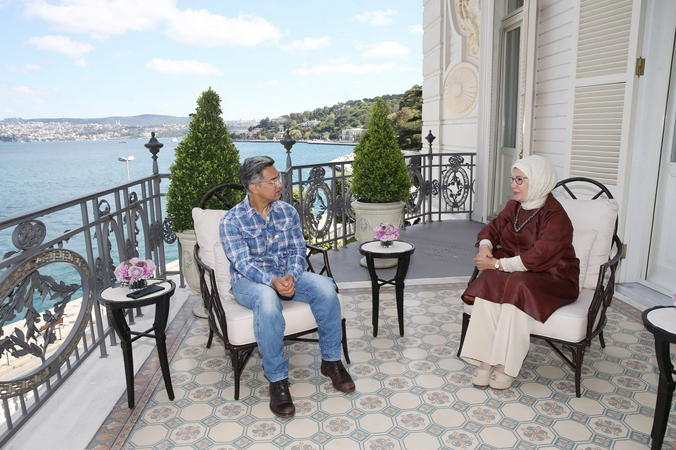 Bollywood megastar Aamir Khan during his trip to Turkey was warmly received by Turkish first lady Emine Erdogan on Saturday.

According to state-run Anadolu Agency, the PK star, 55, was received by the first lady at the presidential residence at the Huber Mansion in Istanbul, upon the actor’s request.

Khan briefed Erdogan about the various social projects that he and his wife, Kiran Rao, have been involved in, including his initiative of the Water Foundation which aims to supply water to regions hit by drought.

The two also went into discourse about the several comparable aspects of Turkish and Indian cultures including food and handicrafts.

The actor had flown to Turkey to wrap up the shoot for his upcoming film Laal Singh Chaddha, which is an adaption of the 1994-released Hollywood classic, The Forrest Gump.

The filming process was brought to a halt after the coronavirus pandemic threw industries and business into disarray across India after which Khan had to scout for alternate locations in Turkey.