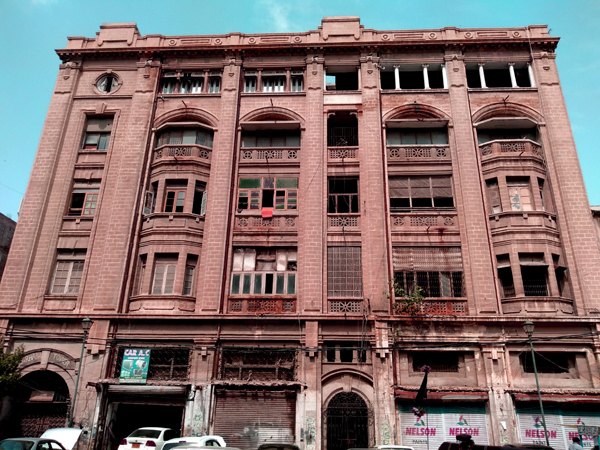 Karachi is one of these historic cities which are connected to their past. There are many antique, historical, ancient and classical yellowish limestone buildings, which reflect the aesthetic tastes of the Mughal, Gothic, Venetian and Victorian eras. These buildings testify to the historical splendour of this city.

Daily Times learnt that many historic buildings have turned into private offices and commercial centres due to which their original form has been lost somewhere, in-spite of this there are some buildings which are still in good condition due to their excellent and strong construction sound great yet. 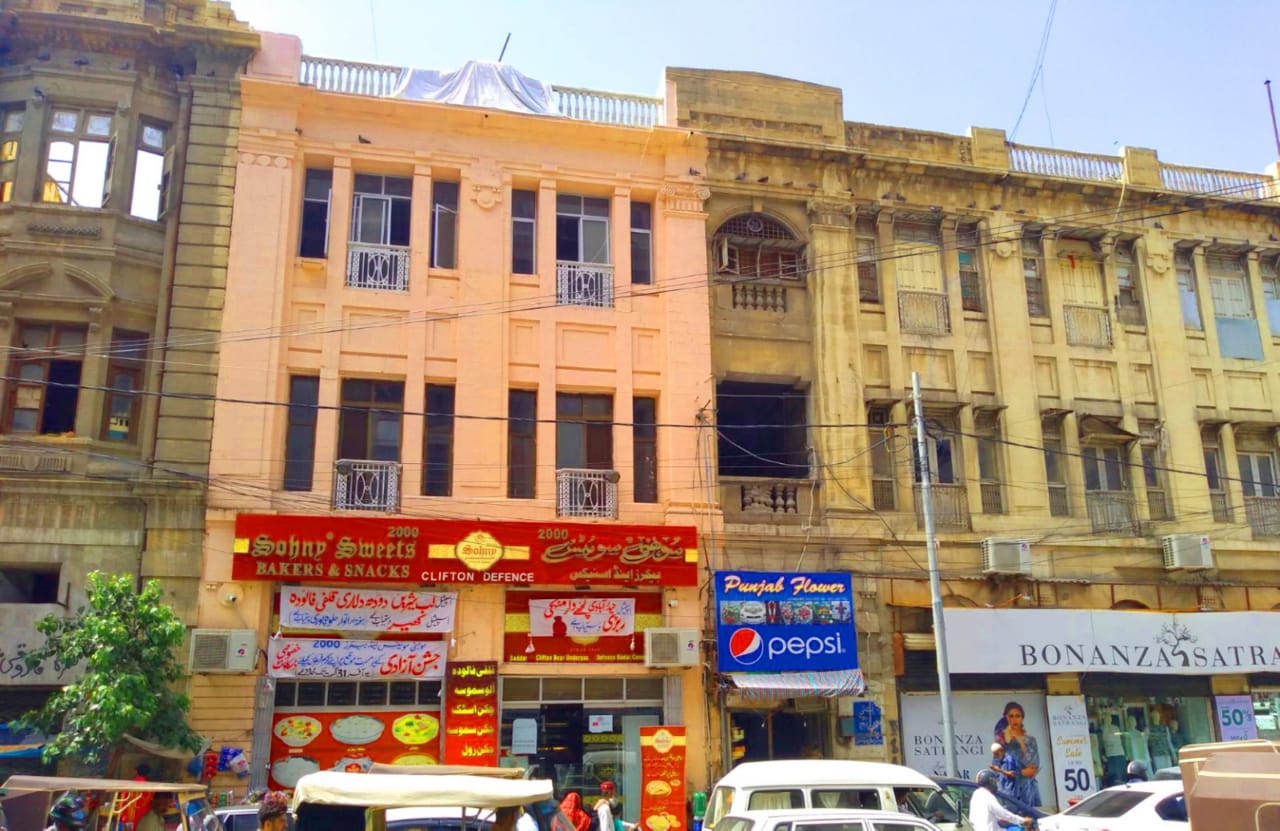 During survey Daily Times learnt that building owners are more interested in selling old buildings than saving them because of rising land prices. On the other hand, Karachi’s investors and builder mafia also want to demolish these buildings and build commercial buildings and plazas at these places. 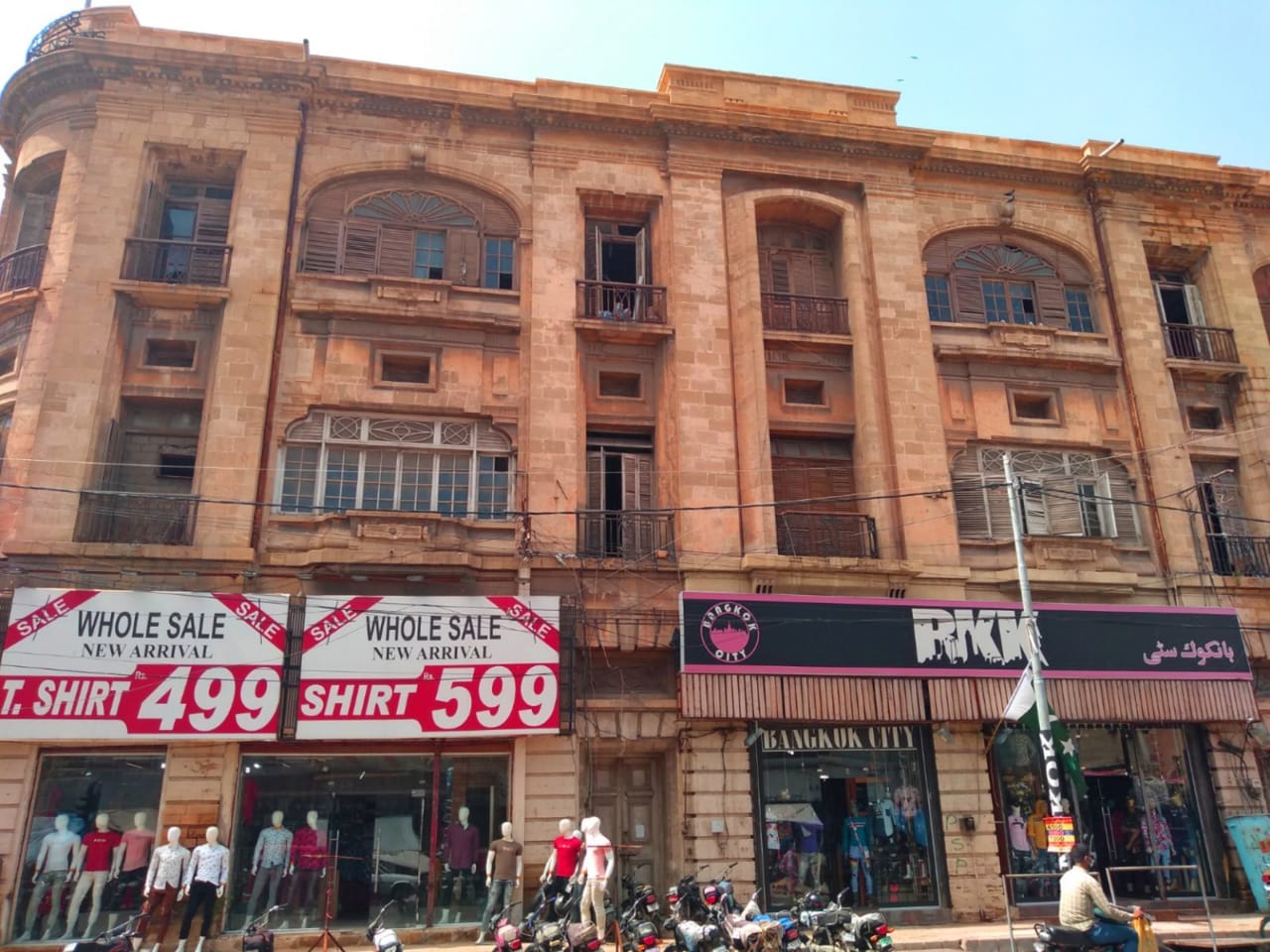 Builders are gradually buying these buildings, especially those with inheritance and division issues, and if the parties want to sell these buildings and distribute the money among themselves, then the builders would have made the highest bid.

While buildings are playing a vital role for being declared damaged or unsafe by the Sindh Building Control Authority through bribes so that it can be demolished.

During the survey, it was learnt that building owners are more interested in selling old buildings than saving them because of rising land prices. On the other hand, Karachi’s investors and builder mafia also want to demolish these buildings and build commercial buildings and plazas at these places

“The need of the time is that they must be saved from destruction by conservation, preservation and restoration, we may protect them.” said Minister

Director General of antiquities and archaeology department, Manzoor Ahmed Kanasro told Daily Times that as far as Karachi’s heritage is concerned it is quite difficult to work on it because people don’t understand the value of heritage sites adding that the owner does not permit easily, because most of the buildings are privately owned. “The department keeps instructing building owners to maintain the facade of heritage buildings”, he said To a question he replied that the major problem is the encroachment surrounding the protected area which is not easy to tackle. He said that the conservation material is not easily available and the skilled labour is very rare now.

If the owner permits the Department to work so we face problems from surrounding too, people are not interested in saving heritage. While affection for buildings and history exists in the city, there is no respect for their conservation, he maintained

“The building are listed as a heritage sites neither anyone can demolish them nor destroy their original grace.” he professed.

Despite all these challenges Department is doing utmost to save these precious sites so that we may save the Karachi’s identity and historical magnificence of the city, DG Kanasro concluded. Sindh Building Control Authority has declared 422 buildings as dangerous and unsafe, “Among these 422 buildings, 55 are those declared protected Act 1994 by the Sindh culture, tourism and antiquities department over past several years. Under the defined rules, one could demolish, renovate or alter the protected heritage structures.”

The civic administration has asked the provincial authorities to delist 55 ‘dangerous’ buildings from the list of structures listed so that these could be demolished for public safety. According to SBCA officials many of the protected heritage-declared buildings were also being used for both residential and commercial purposes and the occupants of those dangerous structures had also been sent notices to vacate them. “According to the Heritage Act 1994, a protected building or structure could not be damaged or demolished. So even if the buildings are vacated by the occupants, the administration cannot demolish those structures due to this legal cover. Therefore, the commissioner has approached the culture department for the solution.” he informed

CEO, Heritage Foundation of Pakistan, Architect Yasmeen Lari told that declaring heritage buildings dangerous, as taking the excuse of being dangerous, builders and others are making preparations to demolish them.

She shared that HF has faced them when we tried to help and restore “Calcutta Building ” when a part of it collapsed or was made to collapse”. Despite preparing all technical studies and drawings and were willing to invest the necessary funds, we were not allowed to enter the building to begin any restoration work. She disclosed that another factor that is leading to the destruction of historic structures is the need to amend building and planning byelaws which would maintain the same FAR (Floor Area Ratio) for the new buildings as it was for the heritage structure. If developers knew that they the new building will have to be of the same area as the original heritage building, they would not find it lucrative enough to demolish the original structure According to heritage consultant and architect Marvi Mazhar, who does intensive social spatial activism to save heritage, strongly believes why Heritage owners would enlist their buildings as heritage buildings since there are no benefits for the owners therefore landlords are selling their buildings on high prices to powerful builders. Marvi showed her concerned that Karachi’s heritage is being neglected, “I am afraid that in no time we are going to lose these historical prepartition structures of yesteryears made in limestone prestigious heritage from Karachi”, adding that and it will be turn into a high carbon footprint skyline with no history not old town which defines the diversity of Karachi.

According to law ground plus three is the legal density of old town but corrupt officers in SBCA and builders are constructing high rise buildings which create problems to heritage sites because the majority of declared sites ground +3 and they are not allowed to build upon it. She advised that Sindh Govt, Antiquities and Archives Department needs to improve their monitoring system regarding heritage built environment and need to announce some benefits for the heritage owners through maintenance allowance and tax evasions. This would encourage the heritage community to hold onto history and their forefather prestigious property.

According to details, heritage building situated at Plot No. 1, Sheet No. BR-2, in Karachi’s Bolton Market area adjacent to Cloth Market has been allegedly occupied by a builder named Muhammad Kashif in collusion with the Sindh Building Control Authority’s officials consolidated his ownership with forged documents.

Sources further said initially the builder demolished the back site of the building and started construction work. Later, he demolished the rest of the building and constructed a multi-storey structure. Another Karachi’s heritage 129-year-old Katrak Mansion in Karachi has been bought by TPL Properties to be turned into a residential-commercial property, confirmed its chairperson Jameel Yusuf. It was acquired in June 2017.

Heritage building on Mohammad Bin Qasim Road is Shafqat House also fast losing its beauty to years of neglect. Its doors and windows have been dismantled and the rear portion has been being used by fruit sellers and other drugs addicts.

An old building “Duarte Mansions” on lucky star Saddar Karachi which also had great artistic work but due to negligence waiting to be demolished.

Heritage lovers say that the Department must take action how the construction mafia, systemically and in cahoots with the officials of building authorities, turned a fine looking city into a vulgar concrete jungle on the debris of beautiful old buildings which must have been protected as heritage sites to tell our forthcoming generation.