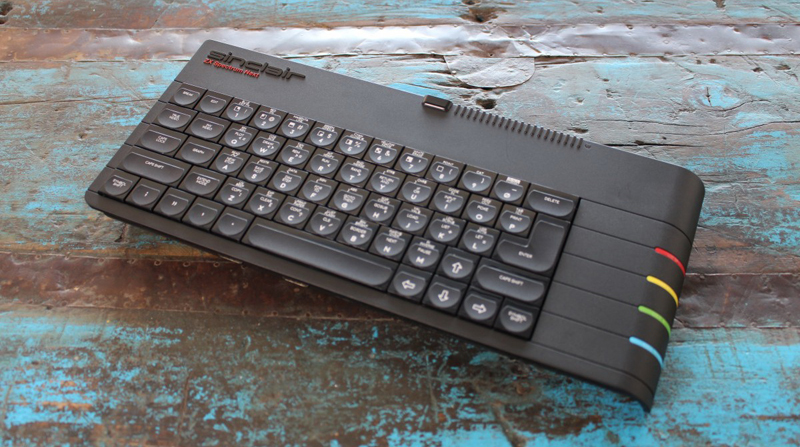 Home computers in early 80s Britain were pretty rare, and quite expensive. The relatively cheap ZX Spectrum changed that, bringing a splash of color to a monochrome landscape, a bunch of easy-load games and the opportunity to create your own games without needing a Ph.D. Back in 2017, London startup SpecNext launched an enhanced version of the beloved Speccy on Kickstarter, and has now unveiled version two.

The original Speccy was a huge improvement over its immediate predecessor, the ZX81. Instead of the error-prone membrane keyboard, users got a proper chiclet-style input device and the new model could be hooked up to a color television, making grayscale gaming of old an easy memory to forget.

Most users will have had to load games into the computer using a cassette player, listening to the screeches and pops for what seemed like an age, and crossing fingers and toes that the whole process didn’t crash just before the end.

The Speccy was discontinued in the early 1990s, but enthusiasts hacked and enhanced their 8-bit wonders for many years following its official demise. New games were also developed, but they didn’t always work on all home-grown mods so SpecNext created the Next, which could run original games and newer software too. The original Kickstarter attracted over 3,000 backers, but the last of the original batch only shipped to patient pledgers in June of this year. Now there’s a new, improved version up for grabs – with its Kickstarter campaign funded in just 5 minutes, with 28 days left on the clock.

The new ZX Spectrum Next’s Z80n processor can run at 3.5 MHz and 7 MHz like the first edition, but can also be boosted to 14 MHz and 28 MHz. An Accelerated version rocks a Raspberry Pi Zero that serves as a co-processor, and there’s a Plus version that allows you to use your own Zero via the accelerator port.

Instead of 512 KB of RAM you get a whole megabyte, which can be expanded to 2 MB internally. There’s a choice of 256 x 192 or 640 x 256 video resolutions at 50 or 60 Hz, with VGA and HDMI outputs to the rear of the chunky keyboard chassis. And two joystick ports are compatible with Cursor, Kempston and Interface 2. A PS/2 mouse port is included too.

Storage is via SD card, which comes loaded with the NextZXOS operating system, games, demos and apps. Users can boot straight into NextBasic if they wish, to code their own games. The mic/headphone combo jack caters for cassette tape loading and saving of games. The system features nine channel audio from three AY-3-8912 chips, and two 8-bit digital-to-analog converters. And there’s a Wi-Fi module too, though still no USB.

Clearly the Next won’t run demanding modern games, but if you’re into retro gaming on an authentic-looking machine, then this could be worth checking out. Kickstarter pledges start at £300 (about US$385) for the Next Plus, or £325 from the Accelerated model. If all goes to plan, shipping is estimated to start about a year from now.