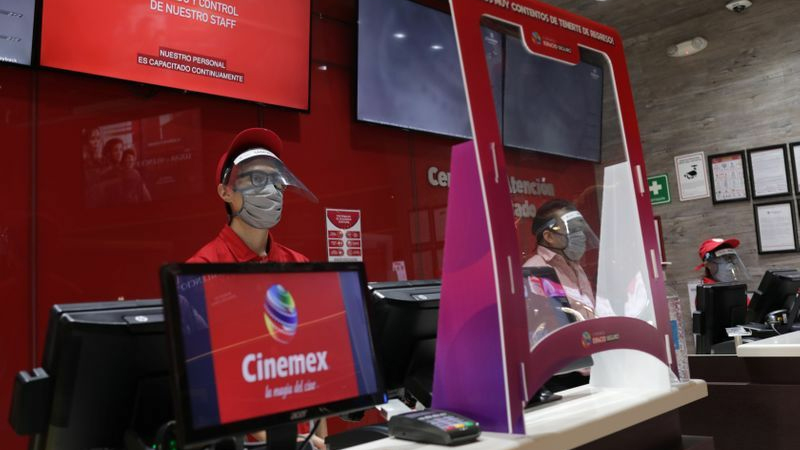 After months without museums, cinemas and bars, Mexico City residents began exploring them again this week, even as authorities continue battling the coronavirus pandemic that has so far killed over 55,000 people in Mexico.

Mexico has the third highest death toll worldwide from the virus, which has hammered the economy and caused unprecedented disruptions to life in the metropolis of 22 million people.

The capital has been one of the areas hardest hit by the pandemic, but as cultural centers and businesses reopened with new safety measures this week, some Mexicans could not wait to get back to venues that have been closed since late March.

“I’m not going out (fearfully) because I think the first thing that’s going to get to us is fear,” said Alma Esther Cervantes, a 50-year-old office worker, as she took her daughters to the Museo Soumaya art museum, all wearing face masks.

The reopening ran contrary to some other parts of Latin America, including Bogota, where seven neighborhoods enter lockdown from Sunday, and Argentina, which is extending curbs against the scourge until the end of August.

Rodolfo Escoto, deputy director of operations at Cinemex, said re-opening was a test of the movie theater chain’s ability to inspire confidence in people, “and above all, to ensure they’re no longer afraid to go out.”

After months of confinement, Carmen Oliva, a 32-year-old clerk, was delighted to be back at the cinema.

“You have to learn to adapt,” she said. “To learn to take measures to look after yourself, and the people you love.” Some saw the re-opening as crucial for mental health.

“There was a point at which so much time alone was emotionally affecting some of us,” 30-year-old Jessica Leon said at an eatery in Polanco, a wealthy neighborhood packed with watering holes that had turned off their lights in the pandemic.

City authorities have allowed bars to re-open if they register as restaurants, operate at 30% capacity and restrict their hours of service from 7 a.m. to 10 p.m.

“Obviously it affects sales a bit, but to be honest we’re grateful they’ve let us open, that’s the most important thing,” said Jonathan Maqueda, a restaurant manager in Polanco.