What went wrong in Miley and Cody Simpson’s unforgettable romance 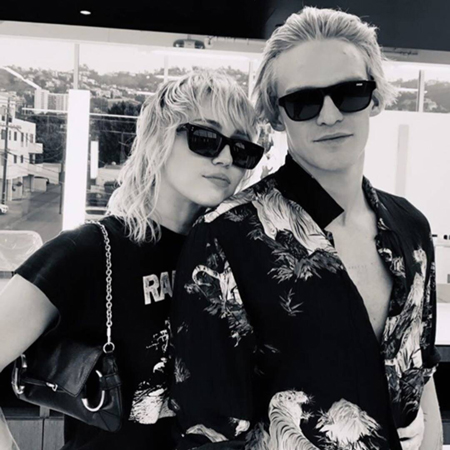 Miley Cyrus can’t stop and won’t stop being friends with Cody Simpson. On Thursday, Aug. 14, news broke that the musicians were no longer together after nearly 10 months of dating. Miley herself confirmed the split hours later in an Instagram Live.

“Today, it came out that me and my boyfriend have broken up, it was confirmed by a ‘reliable source’ even though no one is reliable in a relationship except the two individuals that are participating in it,” Miley explained. “But, for right now, two halves can’t make a whole and we’re individually just working on ourselves to become the people that we wanna be.”

For pop culture fans wondering what caused the split, an insider shared with E! News that the two were headed in different directions.

“Cody felt like he was in a different place and wanted to be single. Miley started to get busy working on new music and their relationship fizzled out,” a source told E! News exclusively. “Nothing bad happened and they still respect each other. Miley has expressed she wants to be single for awhile. Cody has taken more interest in partying and being around a lot of friends and Miley’s not into that right now.”

Our source explained that Miley is really focused on herself currently and sharing new music with fans including her latest song “Midnight Sky.”

For pop culture fans wondering what caused the split, an insider shared with E! News that the two were headed in different directions

“She’s always been a free spirit so it’s better for her to fly solo right now,” our source added. “Not many people knew Miley and Cody officially split because they are still good friends. They have remained in touch but felt their relationship came to an end.”

That sentiment was expressed on Instagram Live when Miley celebrated the release of her new song. The singer predicted that she’ll be hanging out with Cody sooner rather than later. After all, that’s what friends do.

“Don’t make it some drama story if next week we’re out hanging out or getting pizza,” Miley said. “We’ve been friends for 10 years and we’re gonna continue to be friends.”

In fact, Cody was one of the many famous friends to express his excitement over Miley’s latest song. In a post to his Instagram Story on Aug.13, Cody shared a screenshot of himself FaceTiming with Miley and “Midnight Sky” playing over the photo. “So proud of you,” he wrote on the picture. “Congratulations to the most special of all.”