* To supplement Independence Day celebrations, the Daily Times will highlight, all of August, the individuals who continue to make Pakistan proud. Our 12th interview is with the highly esteemed and distinguished Punjab Governor Chaudhry Mohammad Sarwar 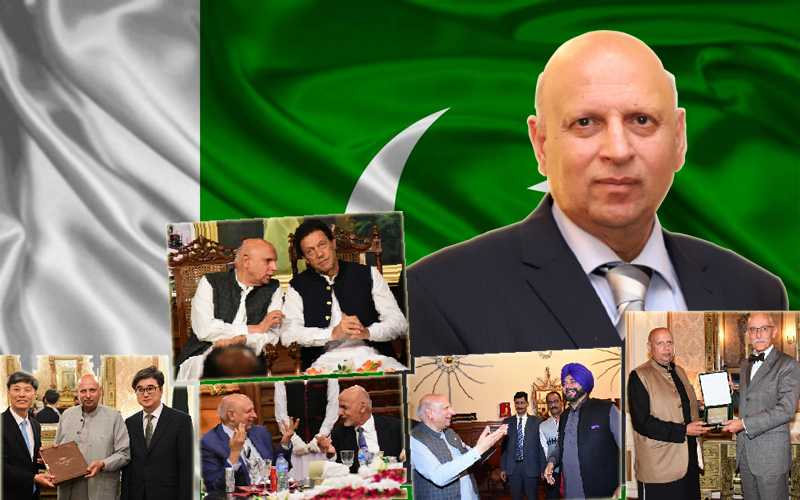 Tell us about your foray into politics. How did it all begin for you?

‘Only those nations prosper, whose women are standing equal to men’

You are the current governor of Punjab. How fulfilling, rewarding yet challenging is it for you to be at the helm of affairs of an entire province?

Only that person doesn’t have any enemies, who doesn’t do anything in life. This is a hard reality which we have to accept. The nations that don’t accept their weaknesses, can never prosper. If I come to the Governor’s House every day at 10am or 11am, have two lunches and then leave, then this is the best job you can have. When I go to the US to meet the senators and the congress people, I don’t go there for myself. I go there to discuss the plight of the Kashmiris and the pressing issues of Pakistan. We convince them and they do listen. When I send over my CV and it just says former Member of Parliament, UK, they give me preference and time for a meeting. On a short notice, I get to meet their congress people and brief them about Kashmir. I remember meeting Chuck Schumer in this regard too. If I go to the UK, to seek GSP Plus status, people back home say, it’s not the governor’s job to be doing that. What they don’t know is that if Pakistan couldn’t acquire the GSP Plus status, how could we have benefited from billions of dollars every year. In 2013-14, this was the biggest challenge and Allah was so kind on me. Even I thought it was impossible since there was so much opposition. I worked hard, travelling on my own expense, waking up each morning over there and working until late at night. But I was still met with heavy criticism at home, rather than being appreciated. I’m proud to say that I’m not a greedy person. Whatever I have earned until now, I’ve spent on my political career or my charity. Whenever I sleep at night, I ask myself what I did the whole day. Did I do something for the poor? Did I do something for the law? Did I do something to make the citizens happy? Did I do something for education? Did I provide clean water to people? So I conduct my accountability myself.

What have some of the key learnings been during your governorship and even before that?

You learn something new every day. What I’ve seen is that in individual capacity, we’re a very successful nation. I know so many people who went abroad penniless but became billionaires there. They started from zero and became so rich. But collectively, as a nation, we haven’t performed that well. We need to form a strategy in that regard, how we need to take the country forward. There are great challenges. The biggest thing we need to focus on is how to strengthen our education. Hospitals need to be made and job opportunities should be there for everyone. If corruption is rooted out, then sky’s the limit for Pakistan.

You have accomplished great things in 67 years of your life for which you have been lauded and recognised worldwide. What according to you has been your biggest achievement?

When I was in Britain, there was a shipyard there which was quite old and all the world’s ships used to be made there. That shipyard was about to face a shutdown. I launched a very big campaign against this decision and gathered 100,000 signatures from people in support of it and then we handed it over to the PM. Everyone said to me I was fighting a lost battle. But I believe that if the cause is right, I need to fight for it. The rest is up to Allah. GSP Plus was my second biggest achievement. And then making holy Quran with translation compulsory in institutions is also one of my achievements.

What advice would you give to an 18-year-old self?

I would just say that education is very important in your success. I didn’t pay as much attention to my studies as I should’ve. I would advise that reading books is very important. Knowledge is power. Spending time with elders also helps in gaining knowledge.

Do you think Pakistan can be termed a safe and secure country for women from the time you took over as the governor until now?

This is a very important question. Only those nations prosper, whose women are standing equal to men. There’s a lot happening for women’s rights in Pakistan. Women are conducting and representing themselves really well here and are struggling for their rights too. But I think more needs to happen as acid throwing incidents are still happening. Some are reported, some go unreported. This has stopped happening completely in Bangladesh, as they have declared zero pardoning for the attacker. The punishment is severe over there. Delay of justice is justice denied. Punishment for any crime against a woman should be intense. I want to see more women in politics too.

One thing I advise all overseas Pakistanis is to take pride from where they come from. Even when I was a politician in the UK, I used to tell everyone about my Pakistani roots. My vision is similar to that of Jinnah and Allama Iqbal about Pakistan. I wish there comes a time, when every citizen has access to clean drinking water. Fifty percent of people are lying in hospitals after drinking unclean water. Also, I want justice for everybody. I want every single child to go to school. Their education should be our priority and also, I want employment for all.

Muhammad Ali Jinnah, Muhammad Iqbal and Imran Khan are some of my national heroes.

Chaudhry Mohammad Sarwar has not just served in Pakistan as a politician but is a former British politician as well. From 1997 to 2010, Sarwar was a Member of Parliament in the United Kingdom, representing a constituency in Glasgow, Scotland.

He currently serves as the 33rd Governor of Punjab and has been in office since September 2018.