An FIR has been lodged against actor Saba Qamar and singer Bilal Saeed over their controversial shoot for the singer’s latest music video Qabool at Wazir Khan Mosque in Akbari Gate Police Station. 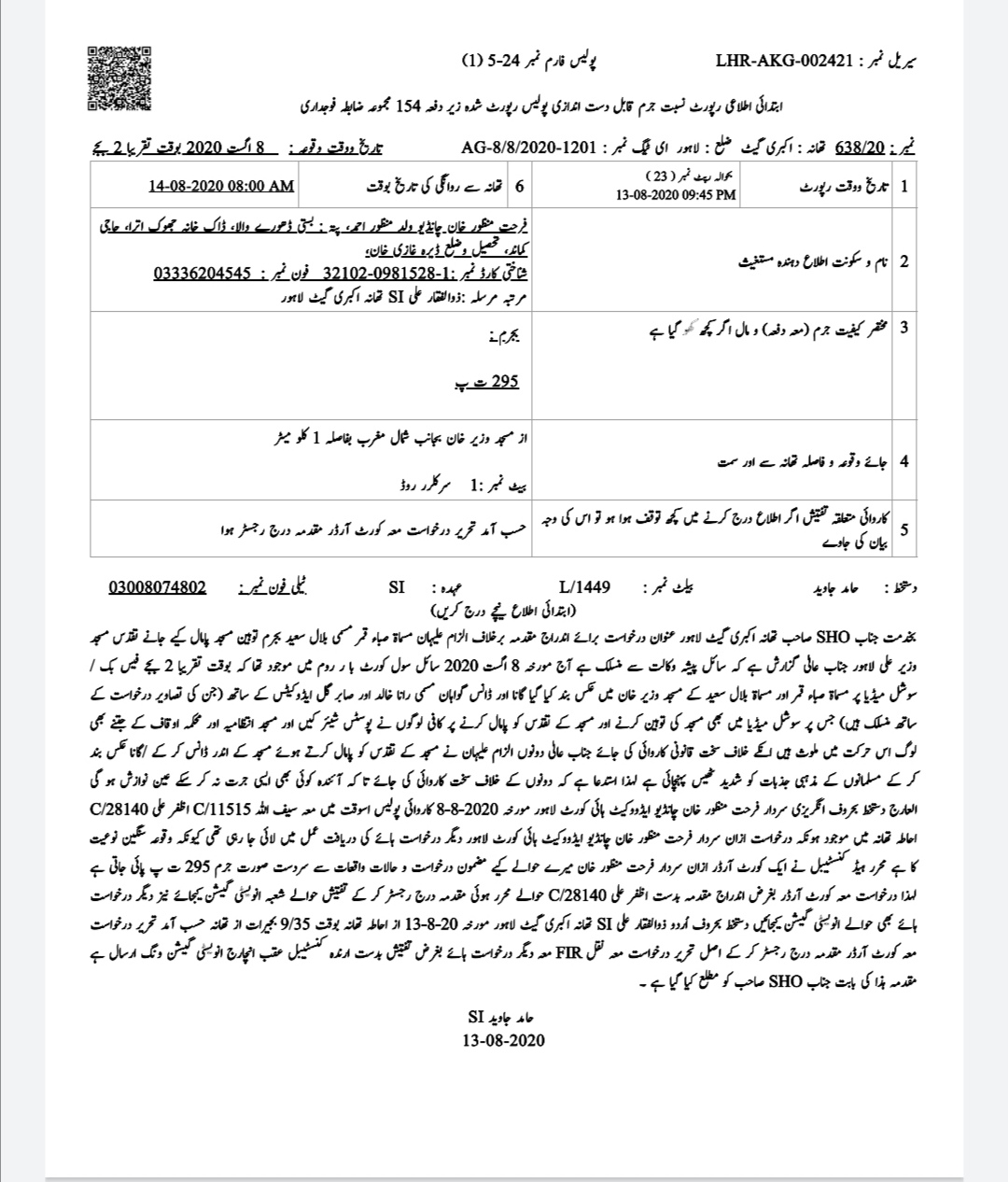 A case has been registered at Lahore’s Akbari Gate police station on the complaint of lawyer Farhat Manzoor. The FIR has been registered against Qamar and Saeed under Section 295 (deliberate and malicious acts intended to outrage religious feelings of any class by insulting Its religion or religious beliefs) of the Pakistan Penal Code.

Advocate Sardar Farhat Manzoor Khan had filed the petition pleading that he submitted an application to the Akbari Gate SHO for registration of an FIR against the culprits for violating the sanctity of the mosque.

The lawyer contended that the culprits trampled upon the sanctity of the mosque by their act which also sparked an outrage among the citizens.

He asked the court to order the police to lodge a case against the persons involved in the illegal act. Besides the actor and the singer, the petitioner also sought action against the production house of the music video and officials of the Auqaf department who permitted the shooting.

However, the defence counsel argued that the proposed accused did not commit any offence as the entire video was shot after permission of the department administration. He further submitted that chief minister Punjab had also issued orders for detailed inquiry of the incident whereas respondents had already sought apology on various forums, He pleaded with the court for dismissal of the plea.

A short clip of Qamar whirling with Saeed at the historic mosque went viral on social media. The video drew strong reactions from religious circles.

Qamar also responded to the criticism in a series of tweets, saying the clip was a “prologue to the music video featuring a Nikkah scene”.

“It was neither shot with any sort of playback music nor has it been edited to the music track,” she said on Twitter.