* To supplement Independence Day celebrations, the Daily Times will highlight, all of August, the individuals who continue to make Pakistan proud. Our 11th feature is on the highly esteemed and distinguished General Qamar Javed Bajwa 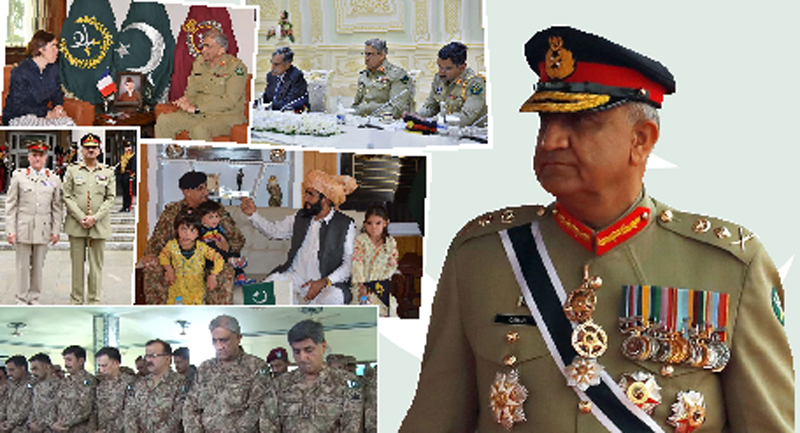 Chief of Army Staff ( COAS) General Qamar Javed Bajwa Nishan-i-Imtiaz (Military) was commissioned in 16 Baloch Regiment on 24 October 1980. He is graduate of Canadian Forces Command and Staff College, (Toronto) Canada, Naval Post Graduate University, Monterey (California) USA, National Defence University, Islamabad. He has been an instructor at School of Infantry and Tactics, Quetta, Command and Staff College, Quetta and NDU. He has also been Brigade Major of an Infantry Brigade and Chief of Staff of Rawalpindi Corps. He has commanded 16 Baloch Regiment, an Infantry Brigade and has commanded Infantry Division in Northern Areas Commander FCNA. He has also commanded Pakistan Contingent in Congo. He has commanded Rawalpindi Corps.