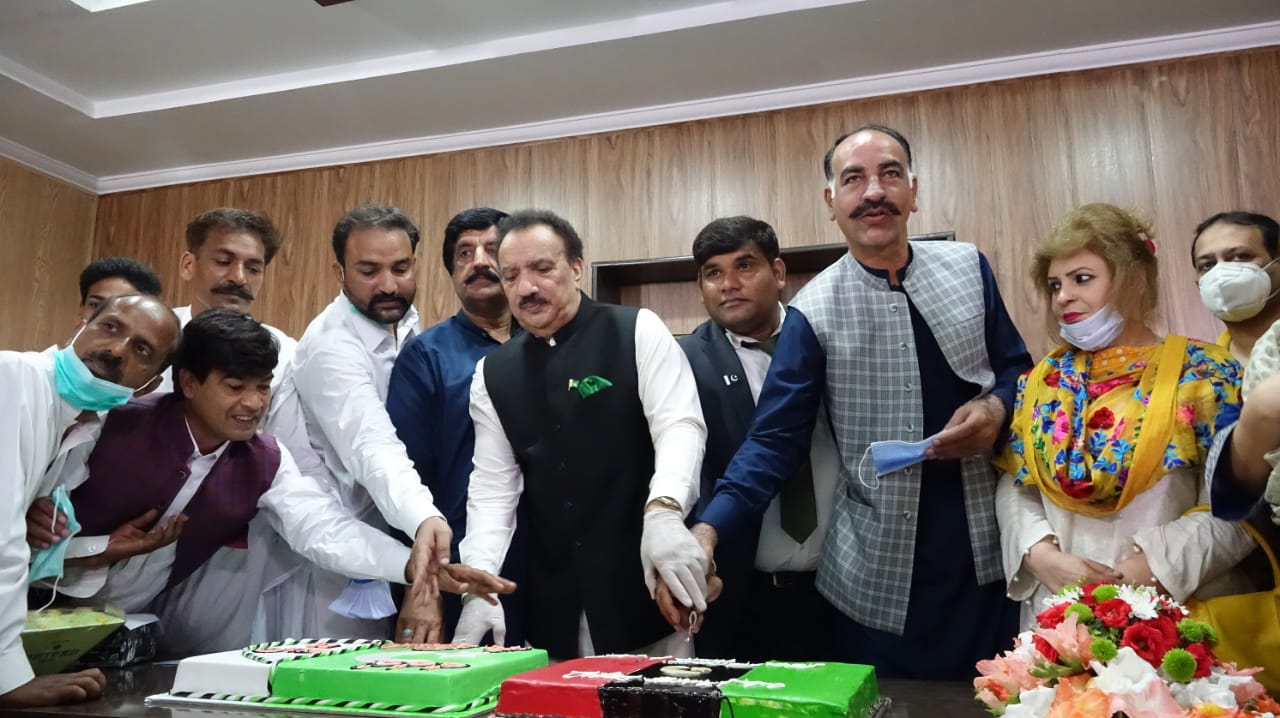 He urged the nation to live with unity for happy, peaceful and progressive Pakistan beyond all differences.

While addressing the ceremony, Senator Rehman Malik said that August 11 is observed as National Minority Day to reaffirm solidarity with the minorities which was declared by the Pakistan Peoples Party in 2009. He said that August 11 reflects the vision of father of the nation Quaid-e-Azam Muhammad Ali Jinnah, who on this day in 1947 laid down the foundations of a modern, tolerant and progressive Pakistan in his historic speech adding that Qaid had a dream of Pakistan where everyone will have rights regardless of creed, caste and gender.

He said that PPP has been proved a true representative of minority as under the slogan of ‘Jeay Bhutto’ we all the citizens of Pakistan are one. He said that Shaheed Zulfikar Ali Bhutto and Shaheed Mohtarma Benazir Bhutto rendered great services to protect the rights of the minority and the legacy is duly carried forward by Asif Ali Zardari and Bilawal Bhutto Zardari. He said that he was pleased to see that today across the country PPP is expressing solidarity with minorities.

Senator Malik said that diversity is the beauty of any nation and having different religions and cultures under same flag is not less than a blessing. He emphasized that PPP is committed to maintain the equality in Pakistan as deliberated in the Constitution. He assured that the leadership of PPP will be leaving no stone unturned to ensure the safety and security of minorities. He said “I have always opposed the word ‘Minority’ only reflects the quantity of the persons following a particular religion whereas on national spectrum we all are Pakistanis bearing the same stature. He said that he wishes it should have named ‘Inter-Faith Harmony Day’ as we are strong believer of the fact.

Senator Rehman Malik added that followers of all religions in Pakistan can freely exercise, profess and practice their religious and culture. He said that active political participation of minorities should be encouraged by all political parties of the country. He mentioned the historical move of PPP Govt for reserving 0.5 per cent quota in government jobs and services for minorities. He concluded that let we all as a nation reaffirm our commitment to build Pakistan where we all can live with love, peace and tranquility.

On this occasion, a one minute silence was observed to pay a rich homage to assassinated PPP leader from minority Shahbaz Bhatti. Sardar Saleem Haider, Sibtal Haider Bukhari, Shahzada Iftikhar, representatives from minorities and workers of PPP also addressed the ceremony wherein PPP services for minorities’ rights were highlighted and highly appreciated. They all thanked Senator A. Rehman Malik for hosting the ceremony and it was ended with cake cutting.