Back then in the early 20th century, we demanded independence from oppression and persecution at the hands of powerful majorities and colonisers. We as the religious minorities were deprived of our basic human rights such as freedom of speech and right to life, which caused us to be rebellious. The freedom that we gained under the leadership of Muhammad Ali Jinnah on the 14th of August, 1947, was a proof that majority is not the authority if it fails to understand and provide solutions to the problems of a minor group, whose religion or ethnicity differs from the major community. Even after the formation of Pakistan, our first Governor General emphasized on the importance of unity and respect for minorities.

A very major issue is that the laws which benefit minorities are present in the constitution but are not strictly implemented, which gives rise to injustice, criminal activity against the minorities and a threat to their life

Although, we have suffered a lot as a minority community and understand how it feels to be mistreated, yet we as a nation have completely failed to provide religious minorities their rights. It is ironic how the Pakistani government expects countries such as China, United States of America and India to treat Muslim minorities respectfully, but neglects the minor communities living in their very own country. In Islamic Republic of Pakistan, it is important for everyone to realise that our religion gives everyone the free-will to make their own decisions and forceful conversions are completely forbidden. It also condemns to disrespect someone’s feelings or to attack a religion’s sovereignty. While all these rights are present in our country’s constitution, based on Sharia, the question to be raised is why the way minorities are treated does not satisfy the laws of humanity? 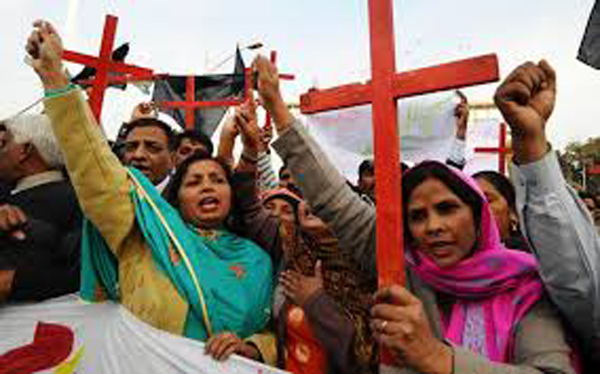 A very major issue is that the laws which benefit minorities are present in the constitution but are not strictly implemented, which gives rise to injustice, criminal activity against the minorities and a threat to their life. Moreover, the lack of political and social representation of minorities is one of the major factors why they face a myriad of problems. Pertinent issues, which are a threat to their community and problems which need attention, are usually ignored by the government because our governmental bodies do not include a good cross-section of population.

Furthermore, a very salient issue that needs recognition is the destruction of religious sites such as temples in Pakistan. This act is a way to show aggression and hate towards a group of people and promotes violence as well as leads to unrest and aggressive uprising in a country. Destroying someone’s property, which they own through legal methods, is highly disrespectful and against the law at the same time. Everyone must be free to choose their religion and to practice it openly, without the fear of being subjected to persecution.

We as responsible citizens and a major part of the population should be respectful towards the minorities, their religion and ideologies while the citizens belonging to a minor group must be aware of their rights. The intervention of government holds a lot of significance when it comes to empowering minorities. Treating citizens equally regardless of their religion, ethnicity, gender or race, in terms of accountability, punishment and reward will be one of the major steps leading to the formation of a Pakistan, safe for everyone to reside and for the establishment of peace in our country.

The writer is a LGS OPFO’level student